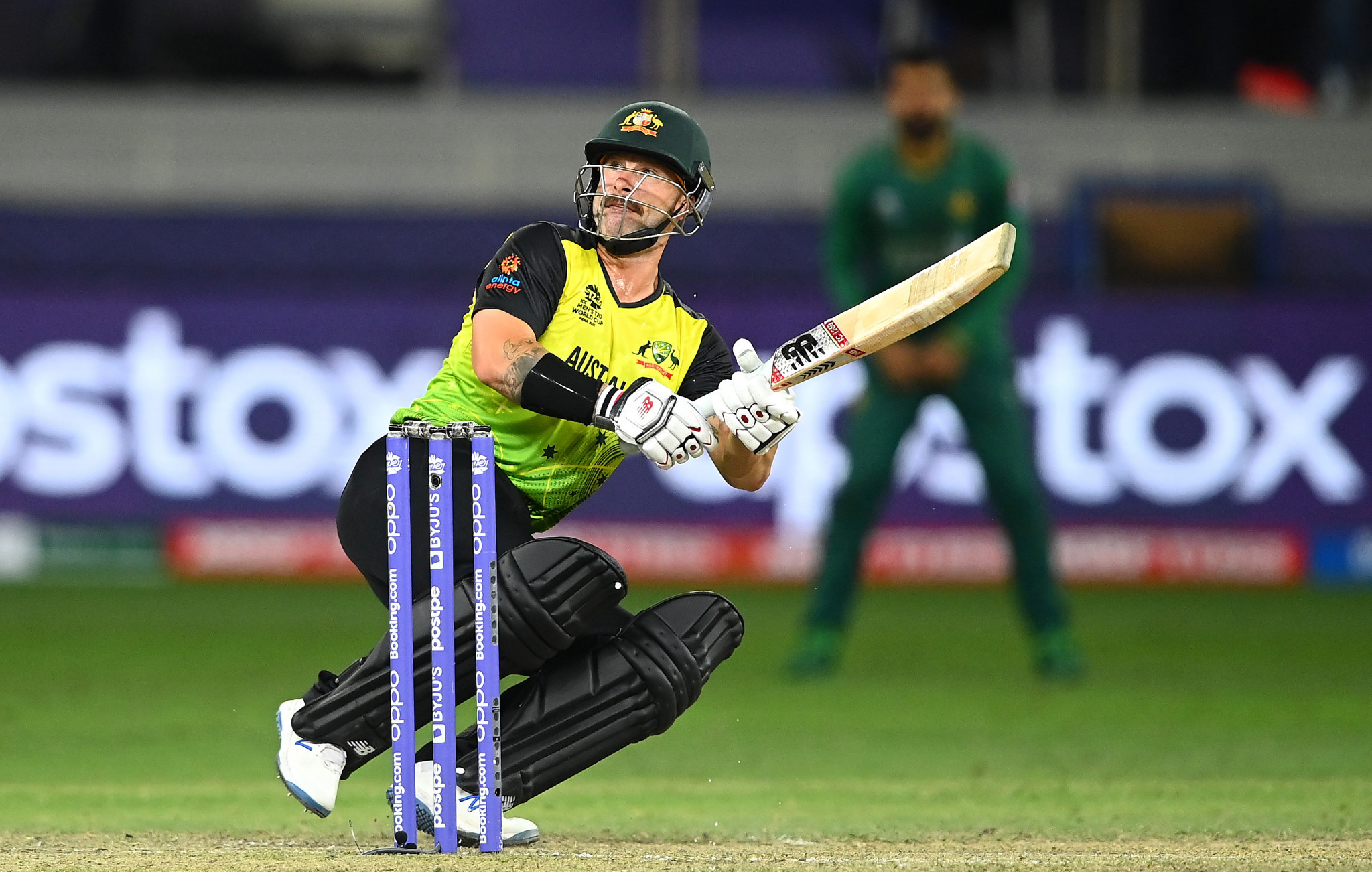 Destructive late hitting from Matthew Wade led Australia to a five-wicket victory over Pakistan - with an over to spare - and set up an International Cricket Council (ICC) Men's Twenty20 World Cup final against New Zealand.

Just as England fell the night before in the other semi-final, Pakistan were made to pay for scoring too slowly in Dubai as their total of 176 proved too small.

Mohammad Rizwan was top scorer, with 67 runs from 52 balls, and a late flourish from Fakhar Zaman - who ended unbeaten on 55, from 32 balls - helped Pakistan reach that total, and they lost only four wickets in doing so.

Adam Zampa was the pick of Australia's bowlers, going at less than a run a ball and claiming the crucial first wicket, Pakistan's captain Babar Azam.

Pakistan ended the so-called Super 12 stage as the only unbeaten team, and had a dream start to Australia's chase as Shaheen Afridi dismissed Aaron Finch for a golden duck.

David Warner hit 49 in the rebuilding effort, but when he went Australia were 96-5 and looked in real bother, with the spin of Shadab Khan having accounted for four wickets.

However, Marcus Stoinis and Wade were able to put on 81 runs off 40 balls for the sixth wicket, and steer Australia home.

It could have been different, had Hasan Ali not dropped Wade in the 19th over, but he did.

Wade hit each of the next three balls for six - a brutal club to cow corner sandwiched between two deft scoops - to secure an Australian win.

The Australians will take on New Zealand in Dubai on Sunday (November 14), where the Black Caps will be without Devon Conway.

Conway broke his right hand punching his own bat after being dismissed in yesterday's first semi-final, and it was confirmed today that he is out of the final.

Neither team has won the ICC Men's T20 World Cup before.