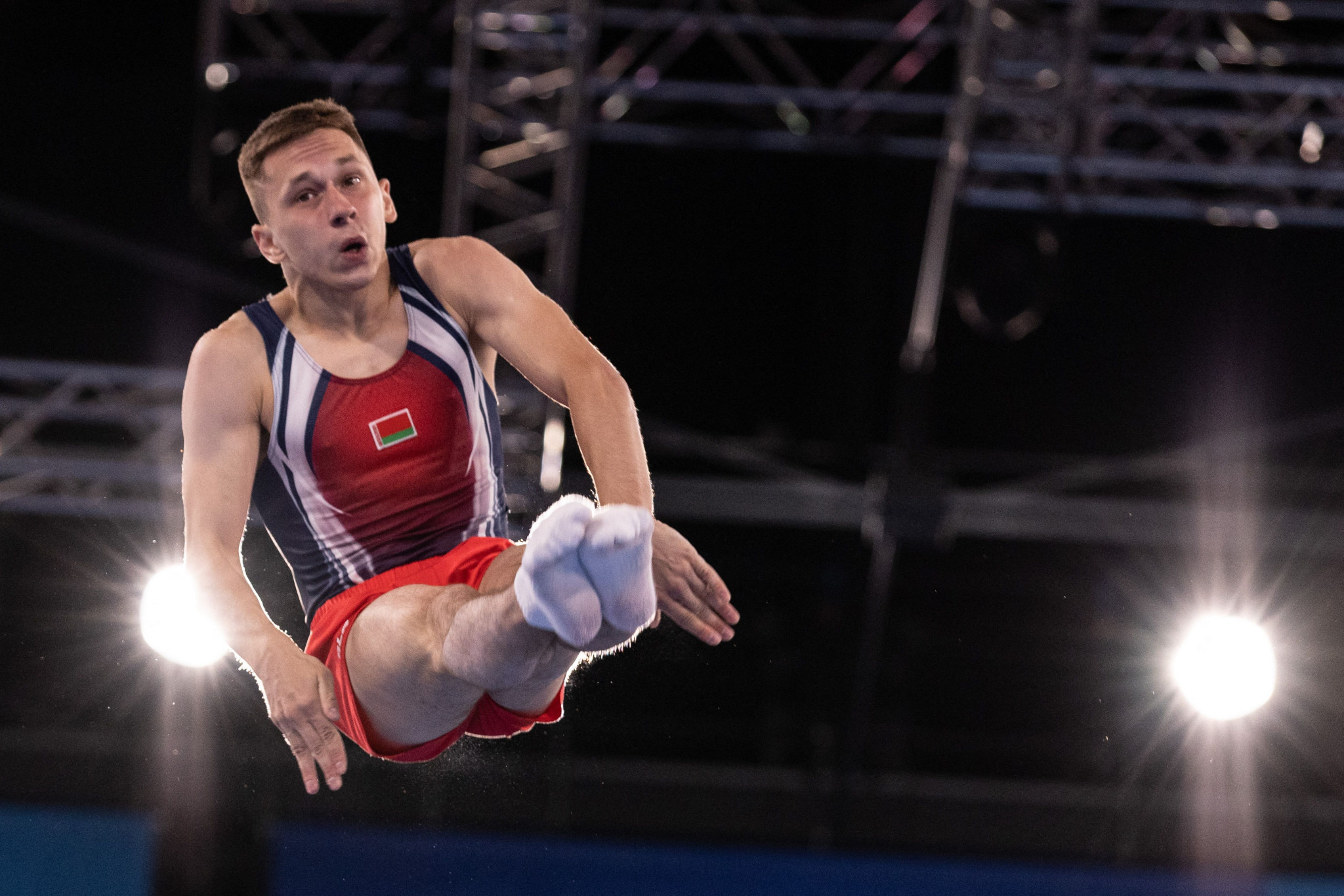 Litvinovich clinched victory at Tokyo 2020 in the summer, having claimed an individual silver and team gold in the Japanese capital at the last edition of the World Championships two years ago.

He hovered in the air for the longest, and recorded a score of 114.455 to ease through to the semi-finals as the best qualifier.

Yan Langyu of China recorded 112.885 on an impressive first day, while London 2012 Olympic silver medallist Dmitrii Ushakov of the Russian Gymnastics Federation (RGF) went through in third with 11.670.

New Zealand's Tokyo 2020 bronze medallist Dylan Schmidt scored 110.165 as one of 24 gymnasts who progressed to the semi-finals.

European champion Iana Lebedeva of the RGF led the way in the women's individual event, earning a score of 104.785, although Japan's defending world champion Mori Hikaru was close behind with 104.750.

Britain's Bryony Page, who finished on the podium at Tokyo 2020, was the third-best of the 24 qualifiers for the semi-final with 104.525.

Litvinovich also helped Belarus become the best of the five qualifiers for tomorrow's men's team final, with Andrei Builou and Aleh Rabtsau contributing to their total of 335.700.

Japan, the RGF, Britain and Spain will join them in the final.

Cao Yunzhu was China's best performer as they scored 310.650 to progress to the women's team final, alongside Japan, the RGF, Canada and France.

In the men's double mini-trampoline competition, Mikhail Zalomin - a winner of nine gold medals at the Trampoline World Championships – and his teammate Vasilii Makarskii cruised into Saturday's (November 20) final with scores of 77.500, and helped the RGF to dominate the team event qualifying with 232.200.

A mammoth day of #Trampoline #Gymnastics Qualification here in Azerbaijan! 👏

Melania Rodriguez of Spain topped the women's double mini trampoline with 70.700, with Aleksandra Bonartseva of the RGF and American Tristan van Natta also among the top performers.

The RGF scored 206.800 in qualifying for the final in the team event.

In the women's tumbling, the defending champion Viktoriia Danilenko of the RGF was unable to complete her second pass, having appeared injured following her first.

Candy Briere-Vetillard of France top scored with 67.400, with Britain's Megan Kealy and Belgium's Tachina Peeters among the eight to Saturday's final.

Britain and France were dominant in team qualifying, both scoring more than 196.

Competition continues with synchronised trampoline and men's tumbling qualifications tomorrow, followed by six finals including in the men's and women's team events.