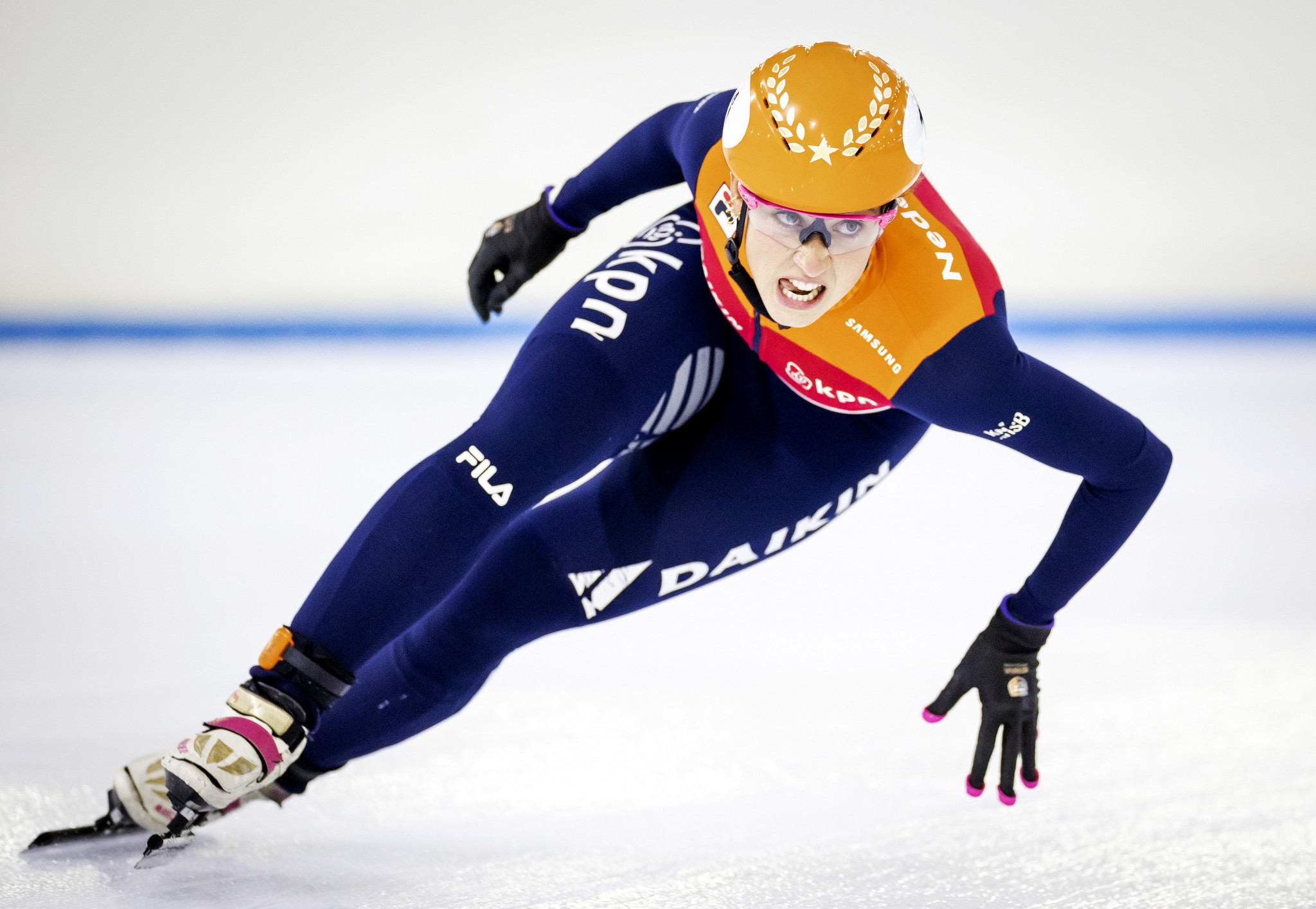 The Netherlands set the pace in the women’s team relay on the second day of qualifying at the International Skating Union (ISU) Short Track Speed Skating World Cup leg in their home city of Dordrecht.

Final Beijing 2022 spots are available at the Optisport Sportboulevard in the 500 metres, 1,000m and 1,500m for both men and women, as well as in the men’s and women’s relay and the mixed relay.

Suzanne Schulting, the dominant force in women’s short track right now, went on the third leg for the Dutch quartet in the 3,000m team relay and she and team-mates Georgie Dalrymple, Rianne de Vries and Xandra Velzeboer produced the fastest quarter-final time as they won heat one in 4min 07.123sec.

Canada’s team of Kim Boutin, Florence Brunelle, Alyson Charles and Courtney Sarault produced the second fastest time of the day as they clocked 4:08.928 to win heat two ahead of Poland, who took the second qualifying spot in 4:10.653.

South Korea won heat three in 4:09.755, well clear of the United States, with the final two places in the semi-finals going to China and Russia.

Canada and Belgium finished first and second in heat three, and the semi-final line up was completed by China and Kazakhstan from the fourth and final heat.

Meanwhile Schulting was in characteristic form in the women’s 1,000m heats, winning in 1:27.716, with the next fastest finisher being South Korea’s Cho Minjeong, who clocked 1:29.529.

The event, scheduled to run until Sunday (November 28), is the last Short Track World Cup before the 2022 Winter Olympics open on February 4.