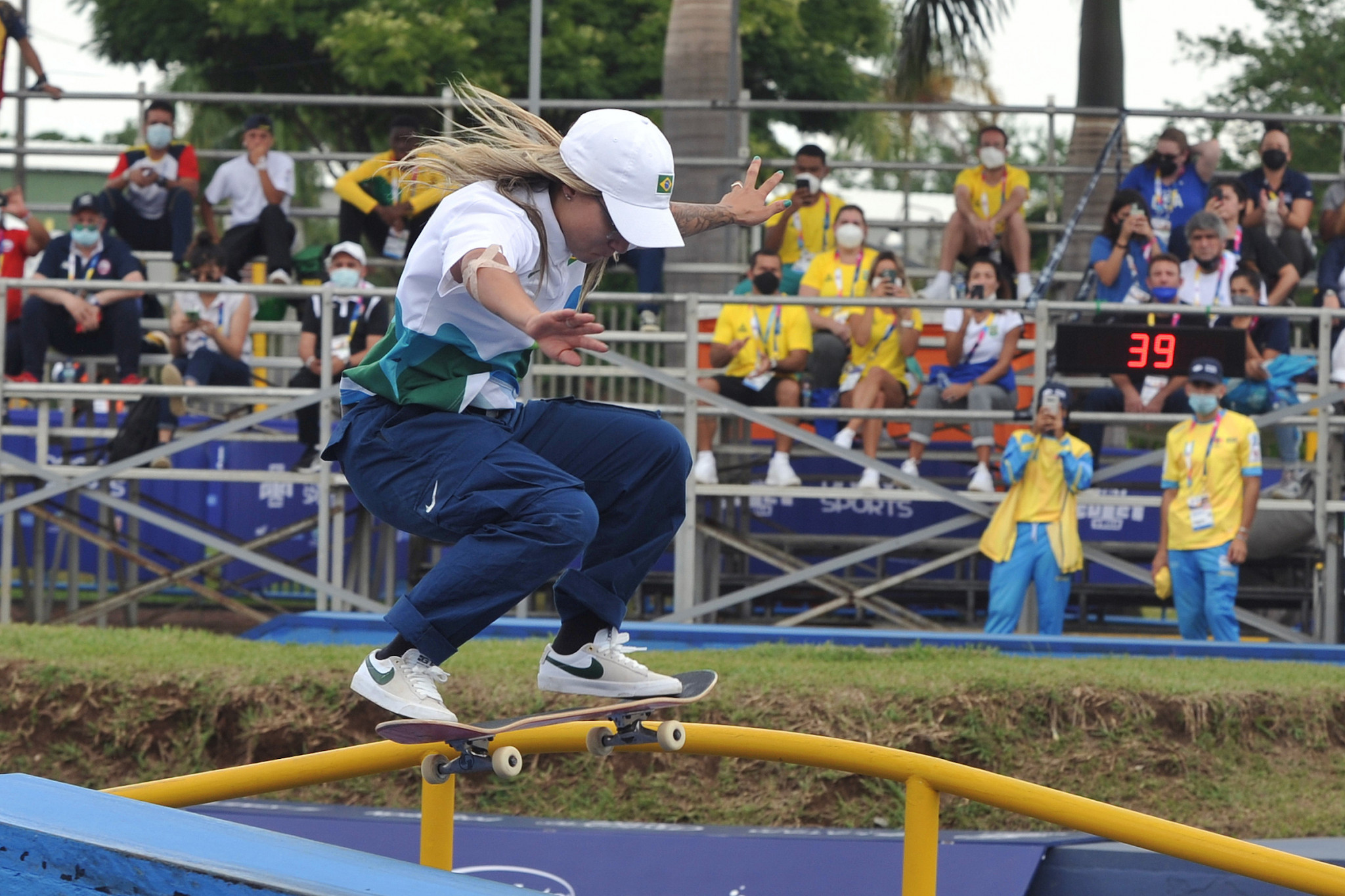 Brazil completed a clean sweep in the skateboarding events at the Junior Pan American Games here in Cali as Lucas Rabelo and Pamela Leite pulled off historic victories.

Leite cruised to the gold medal in the women's street with a score of 12.69 while Rabelo completed a late surge to score 29.12 points to top the table in the men's street at the Skate Park Calida.

Both competitions saw athletes complete two runs of 45 seconds to build a score by completing as many tricks as possible.

Leite bagged 3.66 and 3.89 points in her runs which were the two best individual scores of the round.

The Mexican claimed the silver medal after an impressive switch 50-50 grind gave her 3.22 points to leapfrog Ramsey Pinson of the United States who finished on 6.88 points.

Rabelo then emulated his compatriot's success later on with a dazzling performance in round two.

He recorded two mediocre runs of 4.26 and 4.42 which saw him sit in fifth place going into the decider.

However, he opened it with an incredible 360 nose grab to earn 7.35 points.

Angelo Caro of Peru capitalised on strong travelling support to take the silver medal with 24.23 points.

After an impressive first round saw him amass 10.83 points, he disappointed in the next by landing just two of his five attempts.

He fell on his last two attempts but could not be caught by Chile's Jesus Muñoz who finished on 21.45.