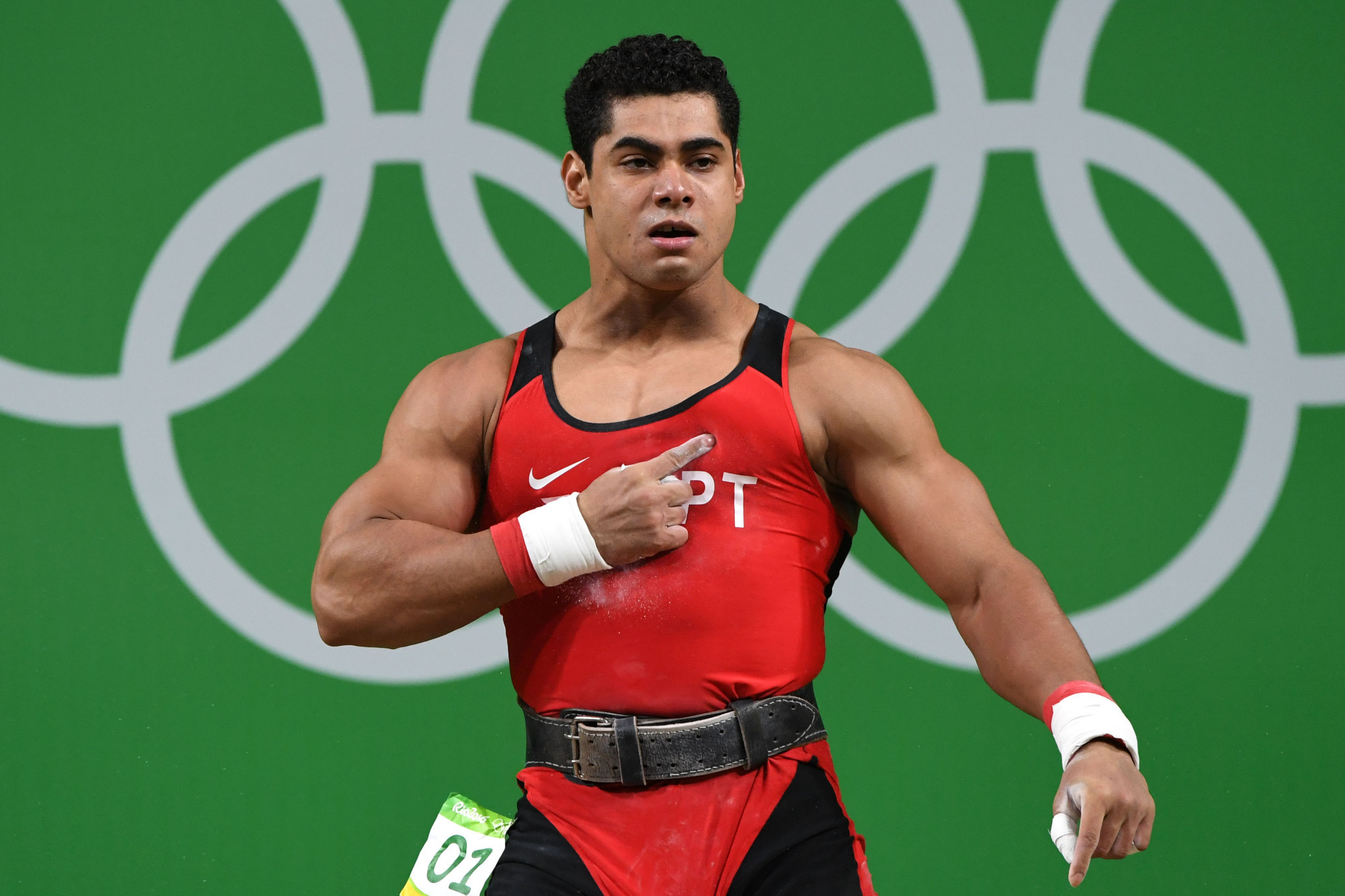 "The crisis is now over," said a statement from Egypt’s Youth and Sports Ministry after it had, jointly with the National Olympic Committee, cleared the Egyptian Weightlifting Federation's (EWF) debt to bring to an end a saga that started back in 2016.

The IWF, which had left all the Egyptian teams off the original World Championships entry list, confirmed that Egypt was now eligible to compete.

Mohamed Ehab, the nation’s biggest star in weightlifting, says he wants to return "in a big way" after missing the Tokyo Olympic Games because Egypt’s National Federation was suspended.

An 81 kilograms contest featuring Ehab, Brayan Rodallegas of Colombia and the remarkable teenager Karlos Nasar of Bulgaria would be one of the highlights of the Championships.

The Rio 2016 Olympic medallist expects to be on the updated entry list tomorrow and on the World Championships start list on Monday (December 6), along with six team-mates.

The competition is due to start in Tashkent in Uzbekistan on Tuesday (December 7), despite COVID-19-related travel restrictions and finishes on December 17.

Egypt is one of 10 nations whose citizens must undergo a 10-day quarantine on arrival in Uzbekistan, but anybody travelling for the World Championships is exempt so the team will go straight to their "secure bubble" hotel.

The EWF's suspension was imposed in September 2019 for multiple doping violations that had occurred more than two and a half years earlier, in December 2016 at a training camp for youths and juniors.

Five teenagers were involved, but no explanation for the delay was ever given to the EWF, which felt it was unfairly excluded from Tokyo, according to its outgoing President Mahmoud Mahgoub.

Ehab told insidethegames that the delays had caused "great psychological damage" to him and others who had not been involved in the doping scandal but were effectively banned regardless because the Federation was suspended.

The ban was due to expire three months ago but because the EWF did not comply with a number of conditions laid down at the outset, Egypt was unable to make an immediate return to competition.

That was paid and the remaining $160,000 would have been eliminated had the EWF met conditions laid down at the time by the IWF’s Independent Member Federations Sanctions Panel.

An Independent Monitoring Group (IMG) was called on to make a ruling last month when Egypt claimed that it had done enough for the fine to be written off.

The IMG criticised the Egyptians' efforts in five areas that involved informing the IWF of the athletes likely to be selected, their whereabouts, details of their support personnel and a schedule of national team training camps.

The EWF was also told to organise anti-doping education seminars every six months throughout the suspension, under IWF supervision.

It did not do so, and even worse, the IMG said, was the fact that the EWF had given wrong information on the whereabouts of five athletes from a team of 11.

"This lack of care in handling the structural reforms that the (September 2019) decision induced is worrying… as it suggests that the decision was not even properly addressed," said the IMG report.

It ruled that the remaining $160,000 must be paid and Egypt would remain suspended until the payment was cleared by the IWF.

"We can confirm that Egypt paid the outstanding fine so according to the IMG decision, where they state that this is their last and final condition, they are eligible to compete," said the IWF’s communications manager, Réka Foldesi.

Ehab, a bronze medallist at 77kg in Rio, said he was delighted to be back, having last competed in the African Championships in 2019.

"There were mistakes for which the guilty were punished," he said, while pointing out that there was "no way back" for those who had not committed any offence.

"The penalties covered long periods of time, and the psychological damage from them is great," added Ehab.

"I hope to get on the podium again (in Tashkent) as the biggest incentive as to return to activity in a big way.

"I was hoping to be in Tokyo 2020, and it was my right to participate.

"But I enjoyed the Olympics and watched all body weights."

Ehab, 32, spoke glowingly of Lü Xiaojun, who won 81kg gold at the age of 37 to become the oldest Olympic weightlifting champion ever.

Lü had "bombshell ambition" and was "a train that never stops," said Ehab, who continues to be inspired by the Chinese lifter.

The announcement of Egypt’s all-clear came as a new regime was voted in to run the EWF.

The new president is Mohamed Abdel Makhsoud, a former weightlifter who had sat on the board before the Rio 2016 Olympic Games, and the general secretary is Mohamed Ehssan, who was twice a junior world champion.