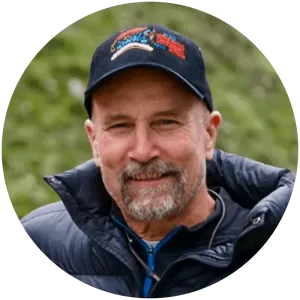 The International Rafting Federation (IRF) has re-elected Joseph Willis Jones as President for a fourth term, as the organisation welcomed four new Board members at its virtual Congress.

Jones ran unopposed as President at the electoral Congress, with the official thanking delegates for their continued support of his leadership.

"For more than two decades, we have made steady, measurable progress," Jones said.

"We are more than an organisation, we are a movement.

"The IRF is the sum of its members, driven by an emotional heart filled with a love for rivers and for our sport, capable of making sweeping changes whenever necessary to reach our highest aspirations.

"No one, and no effort is too small to count."

Romania’s Jasmina Marčok was confirmed as the organisation’s new treasurer, as one of four new officials to join the Board.

Marčok has 28 years of experience in accounting and also serves as an IRF judge.

She will succeed Pieter Bekkers, who has stepped down after serving as a Board member since 2011.

Bekkers has been nominated as an honorary member in recognition of his work in the role.

Shirakov replaces Peter Micheler, who was the founding President of the IRF back in 1997.

The IRF said Micheler will remain on the Board due to his status as IRF Honorary President.

British Rafting chair Sean Clarke was elected as chair of the organisation’s Communications Committee, with the official having been viewed as the driving force in growing the IRF’s social media presence.

Goran Lolic, President of the Rafting Federation of the Republic of Srpska, was elected chair of the IRF Judges Committee.

The IRF said Lolic is well known as a nIRF head judge having worked on the jury at several World Rafting Championships.

His predecessor Jozef Kytka will continue in a supporting role.

Eric Boudreau was among several officials to be re-elected to positions, with the Canadian remaining the first vice-president and chair of the Sport and Competition Committee.

The Congress included updates on the organisation’s bylaws.

The governing body added that virtual Congresses were considered more sustainable and a step towards its commitment to halve emissions by 2030 and meet net zero emissions by 2050.