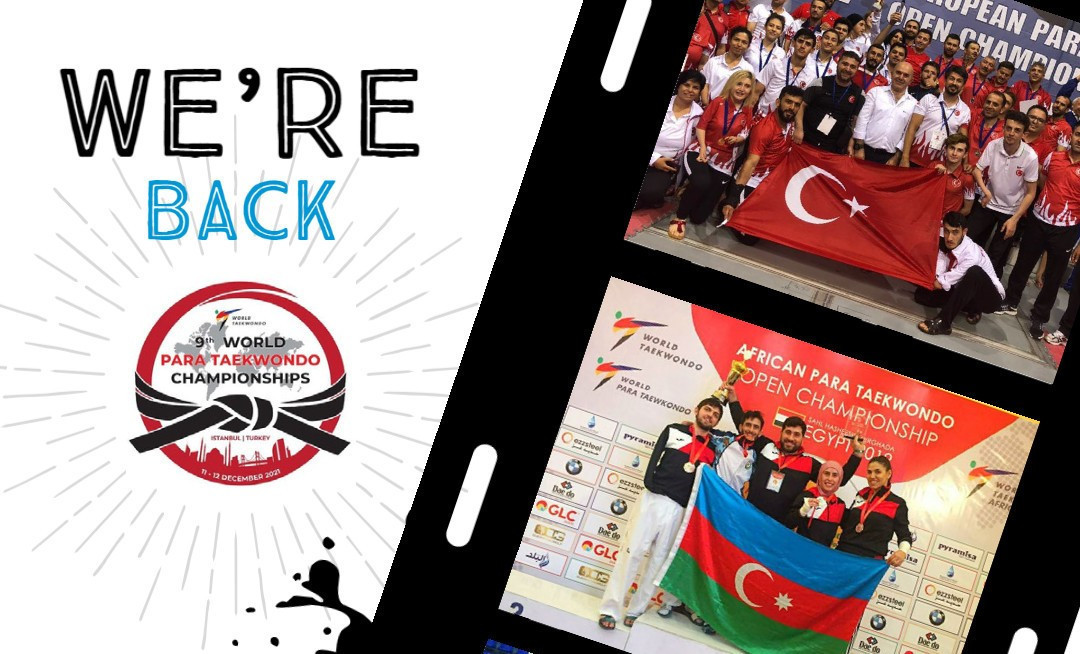 More than 250 athletes from 40 countries are expected at the World Para Taekwondo Championships at the Pullman Istanbul Hotel and Convention Centre.

Para taekwondo is set for a big increase in its number of athletes at the Paris 2024 Paralympic Games.

The sport had three weight divisions for both male and female competitors as it made its debut Tokyo 2020, and this will increase to five at the next edition of the Games.

This will be supplemented by an increase in the number of athletes permitted to a total of 148 - a further 24 in each gender.

These will be in place at the World Championships in Istanbul, which is due to be staged over the weekend on Saturday (December 11) and Sunday (December 12).

It will be the second consecutive World Championships to be hosted by Turkey, after Antalya held the 2019 edition.

Samsun in 2015 is the other Turkish city to have hosted the event.

Wuxi in China had been due to host the competition, but it was moved because of the COVID-19 pandemic.

This year's edition will be the seventh World Para Taekwondo Championships, which were first held in Baku, the capital of Azerbaijan, in 2009.

A total of 263 athletes are due to participate at the event.

Hosts Turkey will be represented by 58 competitors, with their line-up including Tokyo 2020 medallists Meryem Betül Çavdar, who collected silver in the women's under-49kg, and Mahmut Bozteke who earned bronze in the men's under-61kg.

Fatih Çelik, the men's European under-70kg champion, and Gamze Gürdal, a silver medallist at this year's European Championships in Istanbul, are included among the Turkish representatives.

Single rounds of five minutes will be contested, including 30-second timeouts.

Other rules include a point gap and point ceiling.

An athlete who holds a lead of 30 points or reaches 40 points will be declared the winner.

World Taekwondo will stream the action from the World Championships live on Youtube.