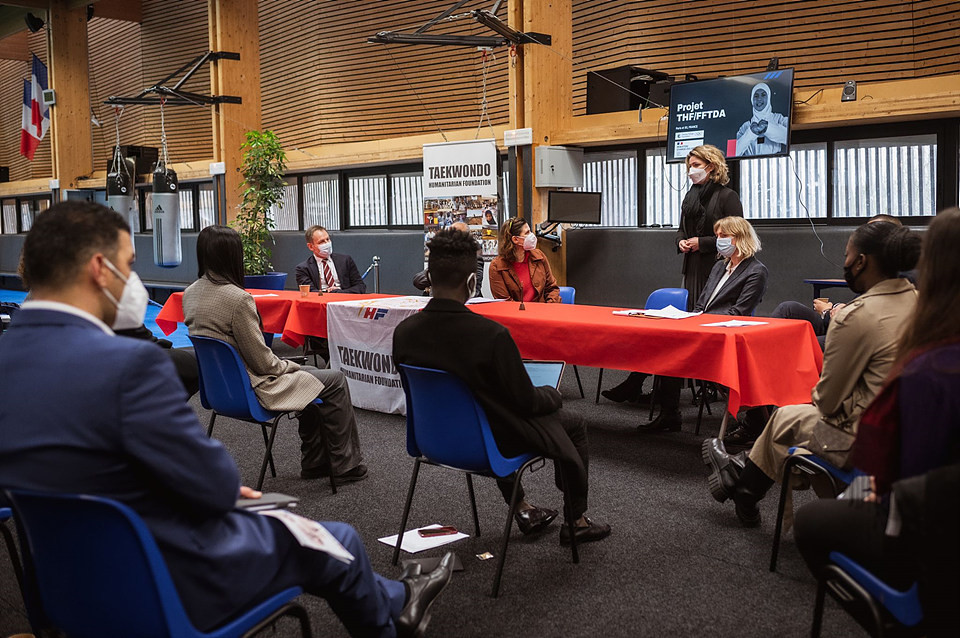 The Taekwondo Humanitarian Foundation (THF) is working with the French Federation of Taekwondo and Associated Disciplines to improve social inclusion for young refugees or displaced people in the Île-de-France region of the country, which includes the capital city, Paris.

The French Minister for Sport, Roxana Maracineanu participated in a working group for the project at the National Institute of Sport, Expertise, and Performance of France.

Five refugees, immigrants and former asylum seekers have been chosen to lead the project as social workers, sports workers or communication and research officers at the Centres d'Accueil de Demandeurs d'Asile.

The first phase of the initiative is to focus on restoring confidence and self-esteem, and will be followed by a 12-session learning cycle.

From there, the second phase introduces socialisation, giving opportunities to learn the French language.

The final phase will then look to link athletes to clubs, allowing them to join free of charge once they have passed their first grade.

The THF was formed in September 2015 by World Taekwondo President Chungwon Choue, and was officially established in April 2016, acting as a way to help refugees, asylum seekers and other displaced people through sport.