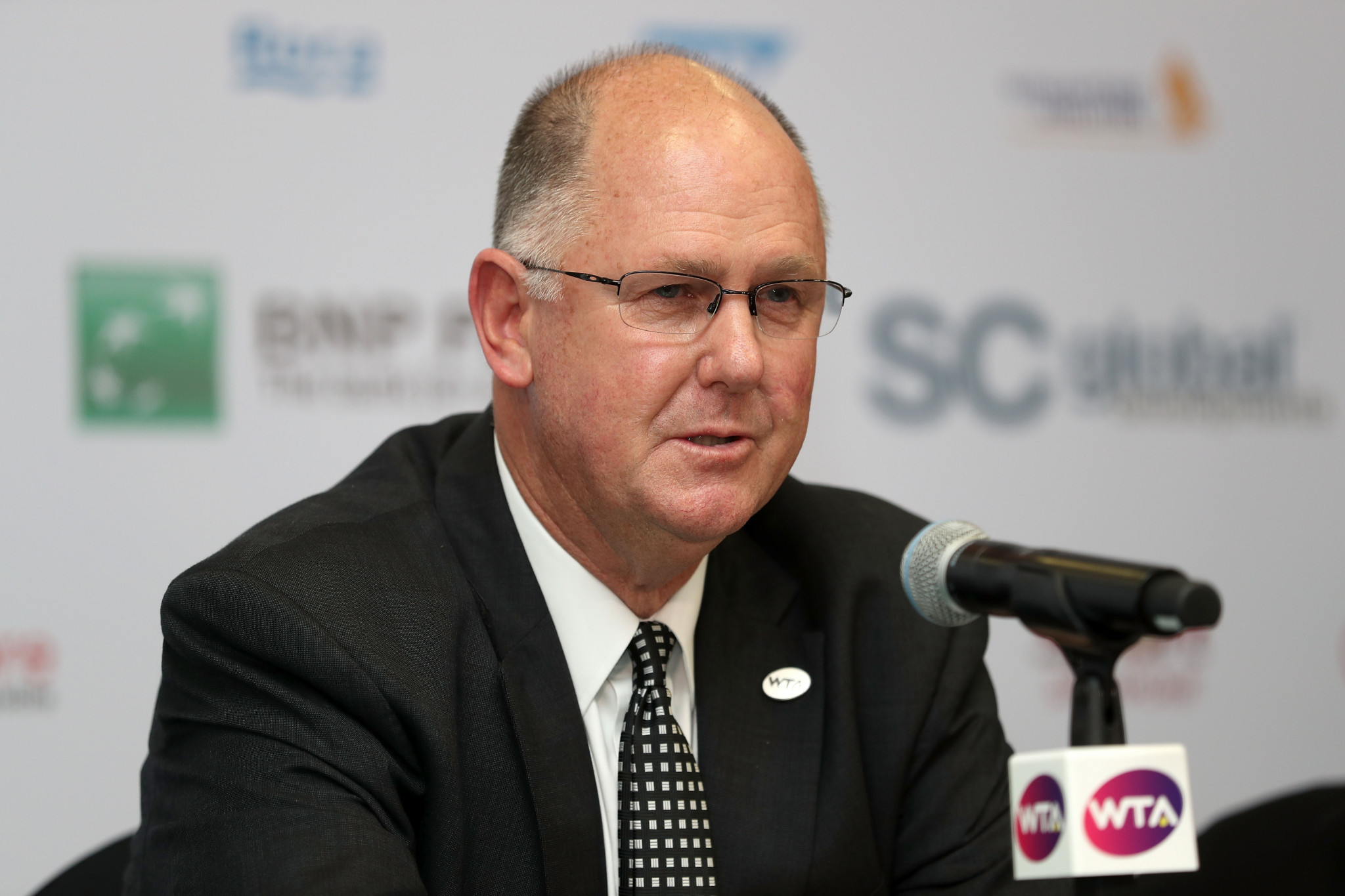 Women's Tennis Association (WTA) chairman and chief executive Steve Simon has claimed that Russian and Belarusian players should not be "penalised by the decisions of an authoritarian leadership".

Tennis' global governing bodies agreed earlier this month to allow players from both countries to continue competing in international tournaments, although only under a neutral banner with the names and flags of Russia and Belarus banned until further notice following the invasion of Ukraine.

The International Tennis Federation cancelled all of its tournaments in Russia and Belarus, and suspended the National Federations from both countries.

They have also been banned from the Davis Cup and Billie Jean King Cup.

This followed a recommendation from the International Olympic Committee (IOC) that event organisers exclude all athletes and officials from the two aggressors in the Ukrainian conflict.

Simon said that he opposed punishing athletes for decisions made at Governmental level, and cautioned against targeting Russian citizens as a whole in response to the offensive on Ukraine.

He also conceded that the WTA's stance remains at the behest of Governments permitting Russian and Belarusian players to travel abroad for international events.

"It will force us to change our position, because obviously we have to follow the rules of Government," Simon told BBC Sport.

"I feel very, very strongly that again these individual athletes should not be the ones that are being penalised by the decisions of an authoritarian leadership that is obviously doing terrible, reprehensible things.

"But if that happens, which is again part of the overall strategy of making Russia, and Russian citizens, pay the consequence for the decision their government has made, then it won't be something that we support.

"We are hopeful that they will refrain from that because I think there are an awful lot of other issues that go with it.

"I don't think you can just pick on the athletes.

"What are you going to do with the [Russian] refugees that come in?

"Are you going to treat the refugees differently than the athletes?

"I'm hoping that we continue with the sanctions, we continue doing everything we can to get peace, but again these people are the innocent victims of that, and being isolated as a result of these decisions I don't think it's fair."

His comments followed suggestions from Britain's Sports Minister Nigel Huddleston suggesting that Russian players at Wimbledon later this year may need to provide "some assurance that they are not supporters of Vladimir Putin".

Simon was adamant in his defence of the WTA's stance, with Russian and Belarusian players currently competing at the Indian Wells Masters as neutrals.

"You never know what the future may bring," he said, as reported by BBC Sport.

"But I can tell you that we have never banned athletes from participating on our tour as the result of political positions their leadership may take.

"So it would take something very, very significant for that to change, but again we don't know where this is going."

The WTA chairman and chief executive also discussed plans for future events in China, revealing to BBC Sport that a decision will be made "very, very soon" on whether to cancel all of this year's tournaments.

The organisation pulled all events from China due to concerns over the welfare of Peng Shuai.

Peng alleged in November last year that Zhang Gaoli, a former senior vice-premier and high-ranking member of the ruling Chinese Communist Party, had sexually assaulted her 10 years ago, before the Weibo post was deleted within 20 minutes.

There was global concern when Peng was reportedly not seen for more than two weeks.

The Chinese player reportedly retracted the allegations in December, but Simon revealed that there has been little progress towards the WTA's demand for a "full, fair and transparent investigation".

"A lot of work continues to go on," Simon told BBC Sport.

"We will never stop working on the process.

We are strong and we will be resilient.

"What we have said we were going to do so far, we are not going to waver from that.

"But no significant progress has been reached."