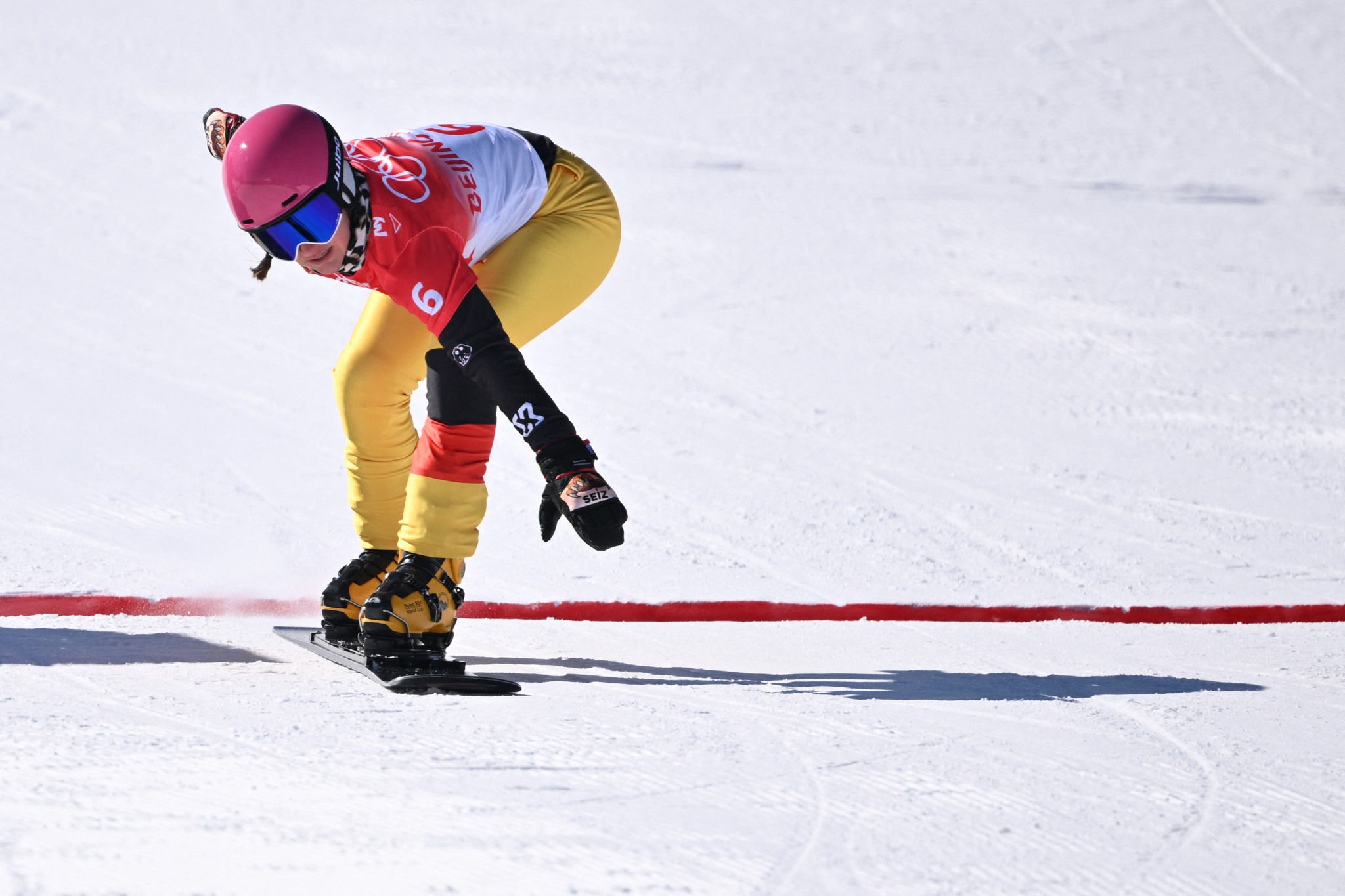 Hofmeister was seeking to cap off a fine season in Germany, having yesterday been crowned the women’s parallel giant slalom and overall World Cup champion.

She teamed up with Baumeister, who had finished second in the overall men’s World Cup season.

The pairing overcame Gian Casanova and Jessica Keiser in their opening contest of the day, before beating further Swiss opposition in Dario Caviezel and Julie Zogg in the quarter-finals.

Hofmeister and Baumeister saw off the challenge of Canada’s Arnaud Gaudet and Megan Farrell in the last four, ending with a 0.55 second cushion in the second run.

It was the second meeting of the two pairings in the final of a World Cup this year, with Payer and Schoeffmann having triumphed at a home event in Simonhöhe in January.

The result was reversed on this occasion.

Outstanding victory for the German Snowboard Team as Ramona Hofmeister and Stefan Baumeister capped off the 2021/22 World Cup season by winning the final team event in Berchtesgaden after edging out Sabine Schoeffmann and Alexander Payer in this epic big final matchup ??? pic.twitter.com/cGLwZvGmuz

Baumeister won the opening run of the final by 0.37 seconds from Payer.

Hofmeister sealed victory by crossing the line 0.09 clear of Schoeffmann in the second run.

The final podium place was earned by Bormolini and Caffont.

The Italian duo finished clear of Gaudet and Farrell in both runs in the small final.

Payer and Schoeffmann were confirmed as the overall World Cup winners in the four-event parallel team competition, having earned 280 points.

An all-Austrian top three featured Arvid Auner and Julia Dujmovits, who ended as the runners-up on 235 points.

Benjamin Karl and Daniela Ulbing were third on 184.