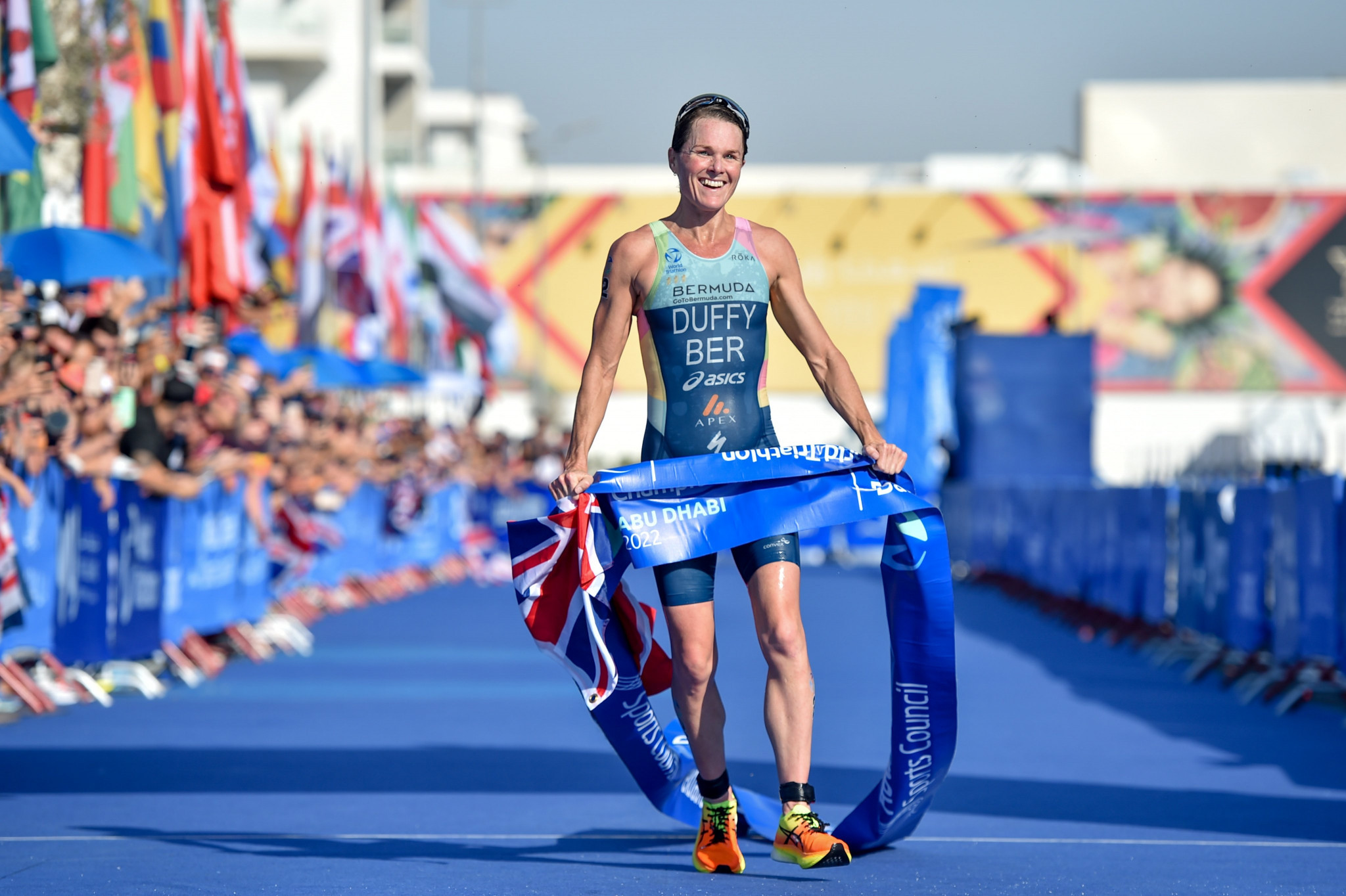 Taylor-Brown began the day top of the World Triathlon Championship Series courtesy of wins in Yokohama, Montreal and Cagliari, but Olympic and defending world champion Duffy was breathing down her neck having triumphed in Hamburg and at her home event in Bermuda.

The pair were neck-and-neck at the front of the race until the start of the third lap of the run, when Duffy surged forward to create a gap and 2020 world champion Taylor-Brown was unable to respond.

"I'm really proud of this one, I kind of can't believe it to be honest," Duffy said afterwards.

"I won my first one in 2016, it was such a huge surprise, and now to be a few years later and to have my fourth is unbelievable.

"It was a big battle out there between Georgia and I, and so I knew today I needed to have a really solid day if I wanted to win, and luckily I had a pretty good day.

"I do think the conditions suited me a little more, I quite like racing in the heat, so I just tactically tried to be smart, watched what Georgia was doing out there on the bike, and on the run it was each one of us on our own."

After the 1,500 metres swim, a front group of nine emerged during the 40 kilometres bike ride, which was whittled down to seven, then six, and then four after American Taylor Knibb crashed and took out The Netherlands' Maya Kingma.

Early on during the 10km run, Taylor-Brown and Duffy emerged as the front two, the Bermudian able to respond to an early charge from her rival before later pulling clear herself to take gold and the world title.

A superb performance from Germany's Lena Meißner earned her third place in Abu Dhabi in 1:55:59, while Knibb recovered well from her crash to place fourth in 1:56:40.

That result allowed Knibb to claim an overall bronze medal for the season, moving above Britain's Beth Potter who encountered issues as part of the front group on her bike and eventually finished 32nd.

Earlier in the day, women's and men's under-23 races were held, yielding a double success for Britain, whose athletes again showed their support for Paralympic silver medallist George Peasgood after his cycling accident last month.

The number one-ranked athlete worked with compatriot Jessica Fullagar in the bike leg to build a convincing lead over the chasing pack.

Waugh then built an early advantage in the run, holding off Koch to take gold.

Fullagar dropped to seventh on the run, with Italy's Bianca Seregni, the quickest out of the water on the swim, taking bronze in 2:01:14.

There was a double British presence on the podium in the men's race, with Connor Bentley finishing first, Hungary's Gergely Kiss second and Hamish Reilly third.

The race proved an intriguing tactical battle with a front group of 38 on the bike leg, for whom any attacks proved indecisive.

This was reduced to 11 in the first lap of the run and five on the third lap before Bentley made a move on the fourth to pull clear of the chasers.

The Championship Finals is set to conclude tomorrow, starting with the first Para triathlon mixed relay at a World Triathlon event and concluding with the elite men's decider.