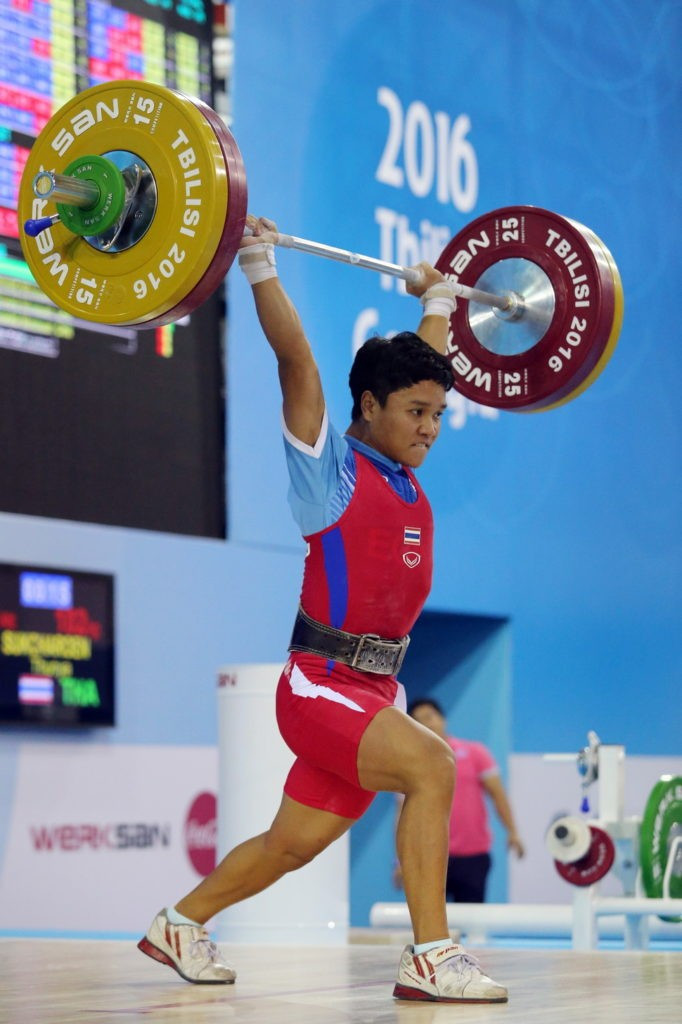 The 19-year-old’s lift of 86kg in the snatch saw her finish second behind China’s Huihua Jiang on bodyweight, but she managed 108kg to Jiang’s 107kg in the clean and jerk to take the overall crown with 194kg.

Jiang, the 2015 world and world junior champion, came second overall with 193kg, while fellow Chinese Xiaoqun Long was third with 181kg after posting bronze medal-winning lifts of 80kg and 101kg in the snatch and clean and jerk respectively.

"Winning the gold in such tense battle is double satisfaction."

"I’m proud that my compatriot and I represented our country with such good performances," she added.

Mo managed 137kg in the snatch and 170kg in the clean and jerk, condemning Pak to second place in both with 131kg and 160kg respectively.

"I wasn’t expecting this, but I was concentrated and did my best and I am happy that it was enough to win the gold medal," said Mo.

China’s Cheng Meng finished third in the snatch with 130kg and in the clean and jerk with 158kg, giving last year’s 56kg junior world champion a bronze medal-winning total of 288kg.

The event in the Georgian capital is due to run until Saturday (July 2).