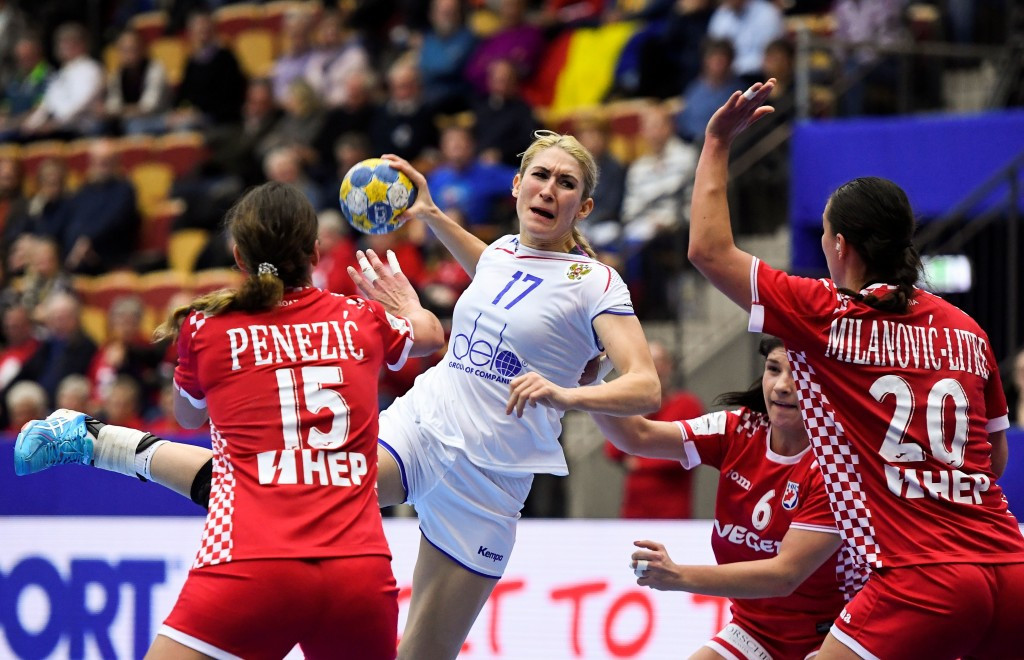 Olympic champions Russia successfully begun their quest to claim the European Women’s Handball Championship after battling to a hard-fought win over Croatia at the Helsingborg Arena in Sweden today.

Anna Vyakhireva tallied five goals in the 32-26 victory, taking her past the 200 mark for Russia in what was a physical opening Group D encounter.

Player of the match Vladlena Bobrovnikova and Victoria Zhilinskayte both chipped in with six, with the latter perfect from the penalty spot.

"We did a good job but the win wasn't as clear as it should be," said Vyakhireva.

"We have a new team and the problem is that we haven’t played together for long.

"Now we're trying to find our game and I hope in the future we will be better and better."

Nora Mork's seven goals and Camilla Herrem's perfect shooting with five goals from as many attempts paved the way for a winning start to the competition for the Norwegians.

Following nine failed attempts, Czech Republic’s win was their first against Hungary in a competitive match.

"We had a really strong defence, more than in other games we have played, and of course Hungary made a lot of mistakes," said right winger Jana Knedlikova.

Denmark secured their win over Montenegro thanks to Stine Jorgensen's penalty goal with just 39 seconds remaining.

Tomorrow, Stockholm’s Hovet arena is due to host Group A matches between Spain and Serbia, and Slovenia and hosts Sweden.

The Kristianstad Arena will stage the Group B action, which comprises Poland’s meeting with The Netherlands and Germany’s encounter with France.

The Championship is scheduled to run until December 18.