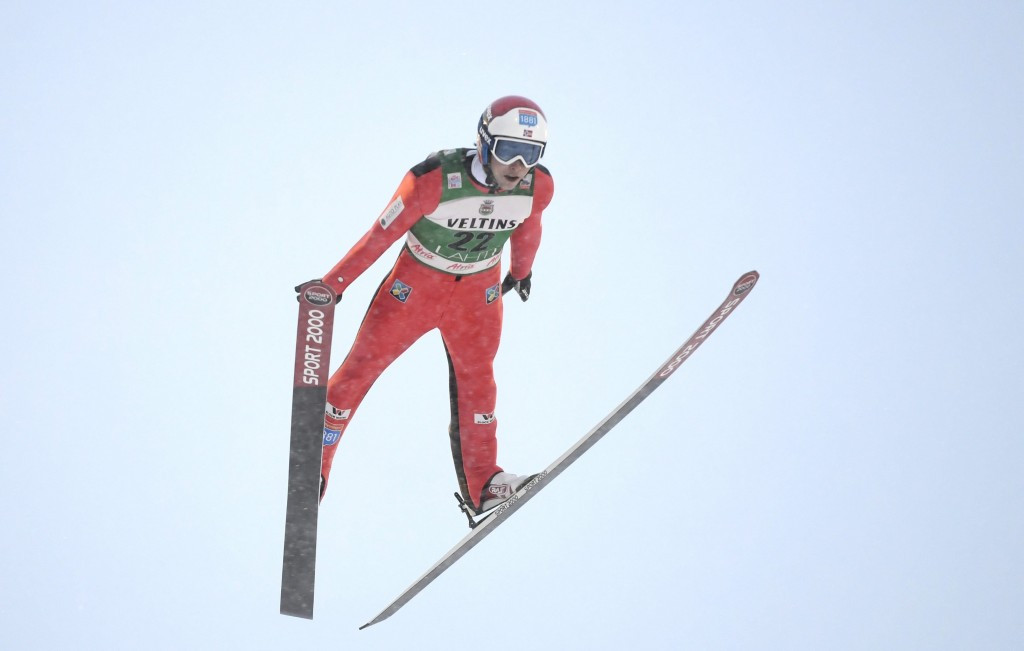 The formidable German, who already has six victories to his name this season, will be hoping to maintain his advantage at the top of the leaderboard during the event in Chaux-Neuve.

Austrian Franz-Josef Rehrl was third with a score of 119, achieved by virtue of a jump of 108.5m.

The qualification stage doubles up as the provisional competition round.

Riiber will therefore have a 34-second lead over Frenzel in the 10 kilometres section of the race should the provisional competition round be required.

Martin Zeman of the Czech Republic and Marjan Jelenko of Slovenia did not start.

The competition in Chaux-Neuve, located on the Swiss-French border in the Jura region and which is described as one of the Meccas of the discipline by the FIS, officially begins tomorrow with the first event.

A second competition will then be held the following day.

Defending champion Frenzel sits at the summit of the standings on 834 points, with the leaderboard dominated by German athletes.

Johannes Rydzek is second on 750, with the German one-two-three completed by Fabian Rießle, who has 541.