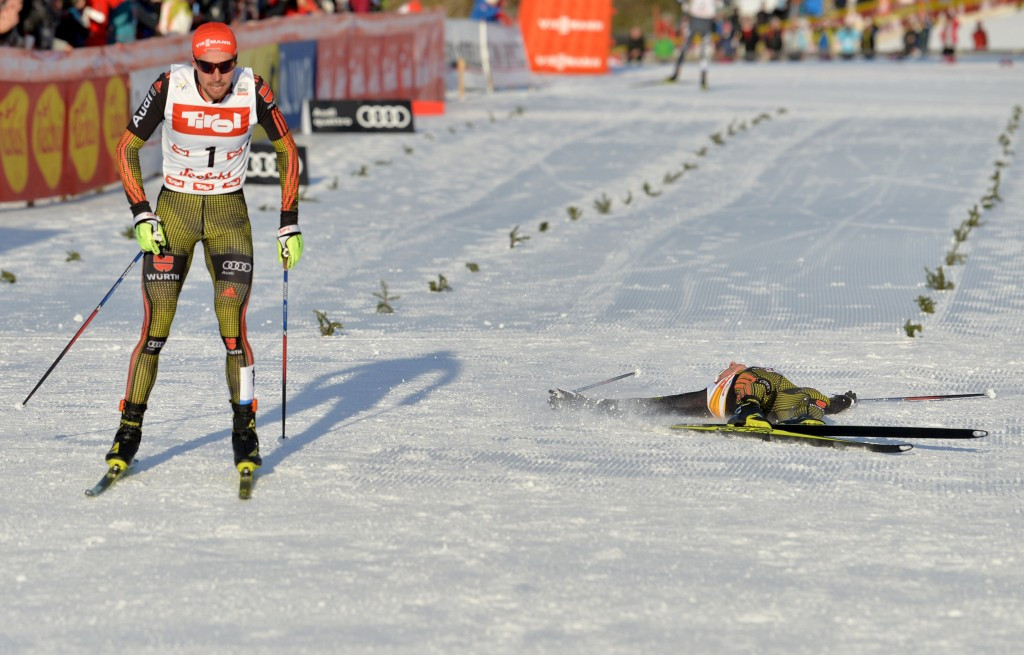 Having ended Frenzel’s run of 11 straight wins at the International Ski Federation (FIS) World Cup competition via a photo-finish in yesterday, Rydzek had to be in excellent form to repeat the feat.

He would top the ski jumping standings by achieving a points tally of 133.4, with Austria’s Bernhard Gruber and Italy’s Samuel Costa ending just 0.1 behind.

The trio would start the 10 kilometre cross-country event at the same time, but Frenzel was dangerously poised at four seconds back.

With Frenzel joining the leaders, the quartet worked together to pull away from the rest of the field until the last lap.

Frenzel would launch a series of attacks to attempt to break clear, by the two-time world champion Rydzek would refuse to give up on the victory.

He would ultimately win the sprint to triumph in a time of 24min 36.5sec, with Frenzel ending 0.01 behind.

Costa, who achieved a maiden World Cup podium finish yesterday, would ensure the top three was unchanged for the second straight say as he ended 11.3 off the pace.

“I laid the foundation in the jumping event, was even able to start first in the race.

“Me and Eric interchanged the lead very well and were able to keep our advantage.

“I enjoyed today very much but will have to switch to two jumps and 15km now, but I am looking forward to it."

Rydzek now leads the overall World Cup by six points from Frenzel, with victory having moved him on to a total of 1,030.

The Seefeld Triple concludes tomorrow with the 15km competition.