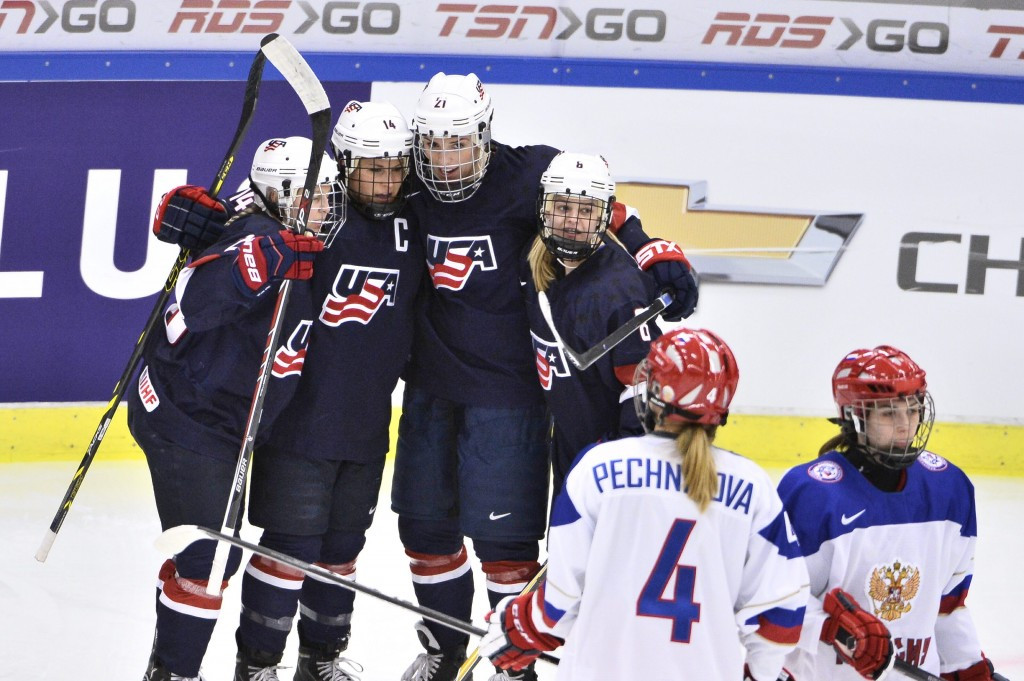 A full-strength United States team is set to line up against Canada on the opening day of the International Ice Hockey Federation (IIHF) Women's World Championship tomorrow after they agreed not to boycott the event.

Members of the US national team had threatened not to participate at the tournament they are hosting in Plymouth, Michigan, which runs through to April 7, due to a row over wages with national governing body USA Hockey.

After the two parties failed to reach an agreement last week, USA Hockey began searching elsewhere for players to ensure they avoided the embarrassment of not fielding a team at their own World Championship.

However, a last-ditch deal was signed earlier this week meaning the US women gave up their boycott ultimatum and confirmed they would represent their country.

The US, who will now get the chance to let their performances do the talking after a tumultuous build-up to the event at the USA Hockey Arena in Michigan, are bidding for a fourth consecutive title having won the previous three gold medals.

Canada, their opponents in their Group A opener tomorrow, come into the competition as the reigning Olympic champions, but have lost the last three finals to their North American rivals.

"I think we all know every time we play the US, it’s always a tough game, always competitive,” Canada's Marie-Philip Poulin said.

"I think we knew it was going to be a tough game.

"We had two wins against them and I think we have to build from that.

The tournament is due to open with the Group B contest between the Czech Republic and Switzerland.

Sweden will then take on Germany in the same group, before Group A action gets underway when Finland play Russia.

The grudge match involving the US and Canada closes out the opening day's matches.

The teams who finish in the top two in Group A will progress directly to the semi-finals, while the other two nations will compete in the quarter-finals.

They will be joined by the two countries who claim first and second place in Group B.