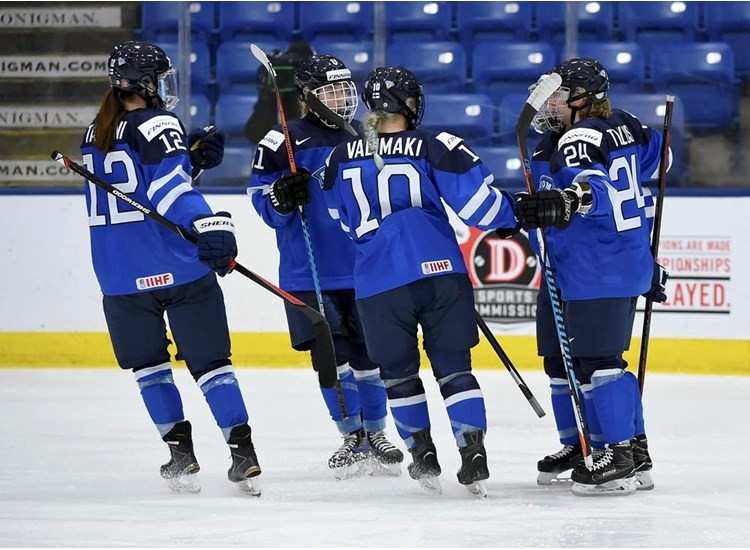 Goals from Sara Sakkinen, Linda Valimaki, Jenni Hiirikoski and Susanna Tapani proved to be enough for the Finnish team as they dominated their quarter-final match in Plymouth, Michigan.

They managed to fire away 42 shots at the Swedish goal compared to just 16 targeted at Noora Raty.

Finland took the lead in the fifth minute when Sakkinen finished off a play set up by Rosa Lindstedt and Sari Karna.

Two minutes later, Fanny Rask was penalised for an illegal hit and it took Valimaki just 41 seconds to make the most of the powerplay as she slotted the puck past Sara Grahn.

Sweden never recovered from falling behind and in the second period, Hiirikoski extended the lead to 3-0 when Finland had another powerplay.

Proceedings were wrapped up with 11 minutes remaining when Tapani scored.

They will now meet Canada, who Finland beat 4-3 in the group stage, in Thursday’s (April 6) semi-finals.

Canada received a bye to the last four after finishing second in Group A.

Anna Shokhina gave the Russians a first period lead, but a powerplay score in the second from Kerstin Spielberger levelled matters.

Marie Delarbre then handed victory to the Germans with just under 11 minutes to go.

Germany will meet the hosts United States in the semis on Thursday.

Russia and Sweden will meet in the fifth place play-off on the same day.

In the relegation play-offs, the Czech Republic drew first blood in the best-of-three match series against Switzerland with a 4-2 win.

The Swiss side had a great chance to pull one back when Alina Muller got a penalty shot, only to see this saved by Klara Peslarova.

They eventually got within touching distance of the Czechs with goals from Lara Staldler and Livia Altmann.

However, Ledlova took advantage of an empty net after Swiss goaltender Florence Schelling was pulled from the rink as they searched for an equaliser in the last couple of minutes.

The teams will next meet on Thursday.