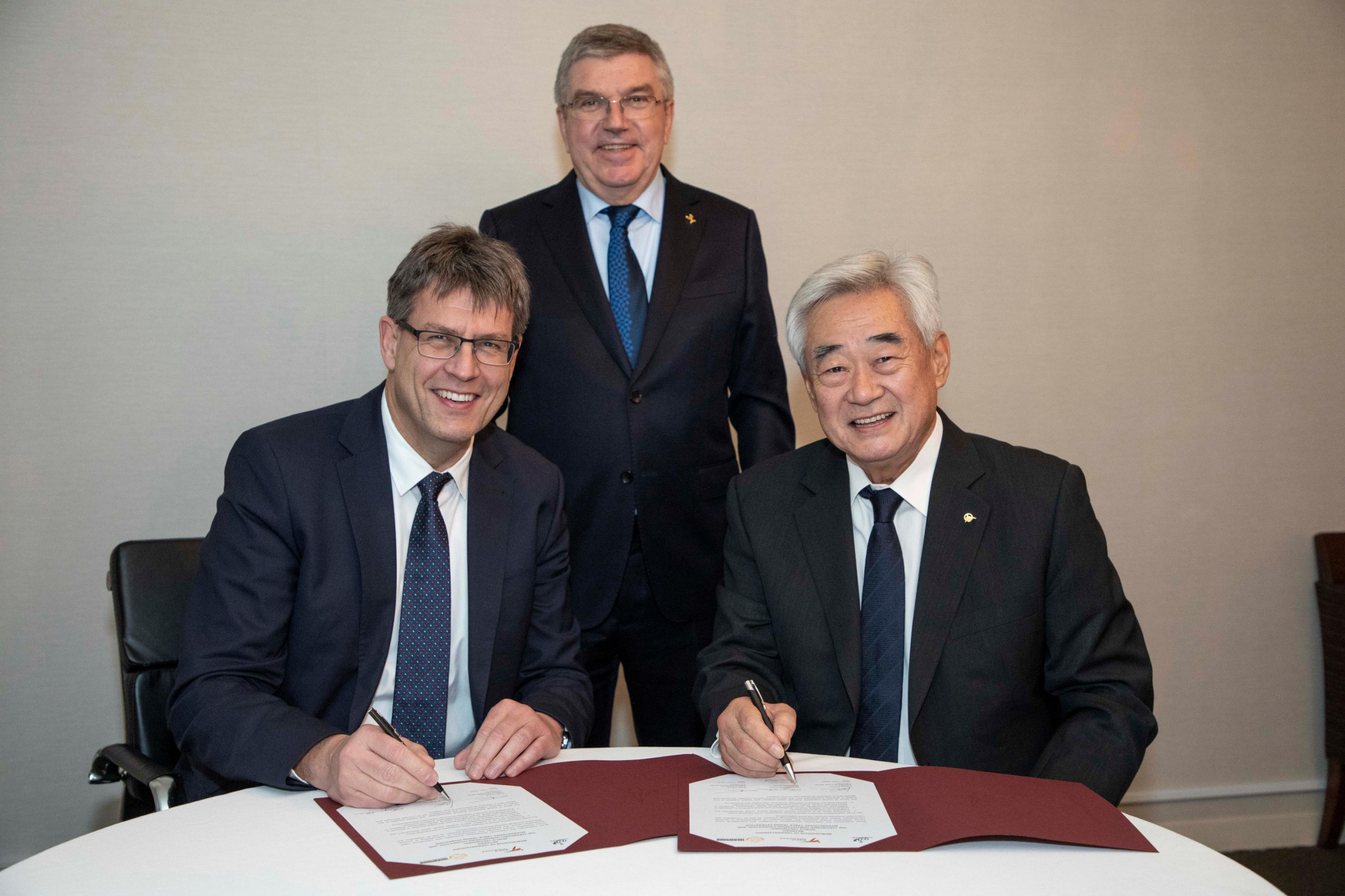 World Taekwondo’s Taekwondo Humanitarian Foundation (THF) has signed a Memorandum of Understanding (MoU), with the International Table Tennis Federation (ITTF), to promote "peace and development activities", it has been announced.

Under the agreement the organisations will reportedly work together to promote sport "as a powerful vehicle towards peace".

They will also join forces to offer sport as part of development activities, such as the THF’s Taekwondo Academy in the Azraq refugee camp in Jordan, and they will also exchange "expertise, know-how, information and publications" to help spark further development.

"The landmark agreement is another example of World Taekwondo’s commitment to contributing to a more peaceful future," Choue said.

"As we all know, sport is a very powerful in reaching people and making a real difference in the lives of those that need it most.

"This newly created network of information will only enhance our understanding of the needs of many, whilst also bringing the three organisations closer together."