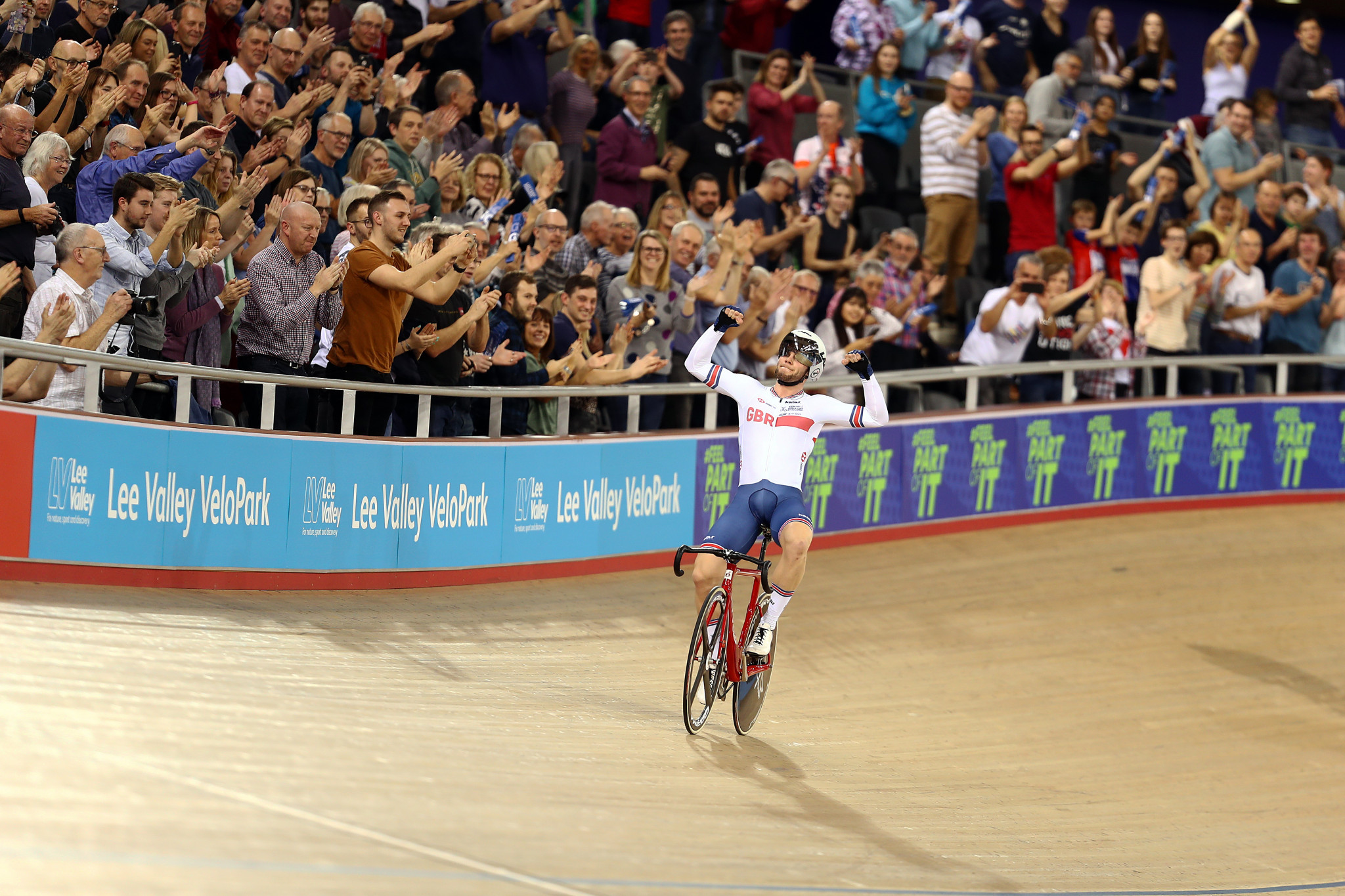 Their challenge was led by Matthew Walls in the four event men’s omnium, with the 20-year-old showing impressive consistency at the Lee Valley Velopark.

Walls finished in third place in the scratch race to open the competition before ending as the runner-up in both the tempo and elimination races.

The efforts saw him head into the concluding points race at the top of the overall standings, narrowly clear of Greece’s Christos Volikakis and the Olympic champion Elia Viviani of Italy.

Walls bolstered his advantage by scoring points in seven of the 10 sprint laps, which ultimately saw him claim gold with a tally of 131 points.

Mexico’s Ignacio Prado Juarez scored 20 points by gaining a lap during the race to boost his chances of a podium spot.

The lap gain, coupled with three sprint victories, resulted in Juarez ending as the runner-up on 123 points.

Viviani rounded off the podium on 114 points, one point clear of Volikakis.

A dominant display from Katie Archibald and Laura Kenny saw the British pairing secure the gold medal in the women’s madison.

The duo won three of the eight sprint laps and were runners-up in a further three to finish on a winning score of 34 points.

An unbelievable final session at the #TissotUCITrackWC! 📸

So many memorable moments created @LeeValleyVP it's been a blast! 👏 pic.twitter.com/EEZ2dnCbAy

Their closest challengers were Australia’s Amy Cure and Annette Edmondson, who scored well in the early stages, but faded to end second on 19 points.

Stephanie Morton secured gold for the second consecutive day in the velodrome, as the Australian backed up her individual sprint triumph with success in the women’s keirin.

The triple Commonwealth Games champion from Gold Coast 2018 finished ahead of Russia’s Daria Shmeleva in the final to secure top spot on the podium.

A photo-finish deemed Shemeleva to have finished as the runner-up ahead of Poland’s Urszula Los, who settled for the bronze medal.

Australia were denied a second sprinting gold of the day when Matthew Glaetzer suffered defeat in the men’s individual sprint final.

The reigning world champion was beaten in straight rides by The Netherlands’ Harrie Lavreysen in the gold medal contest.

Lavreysen’s compatriot Jeffrey Hoogland battled back from losing the first ride of his bronze medal battle with Jack Carlin to force a decider.

The Dutchman was able to complete his comeback against his British rival to secure the final podium position.

The UCI Track World Cup season is due to continue next month in New Zealand with Cambridge set to hold competition from January 18 to 20.