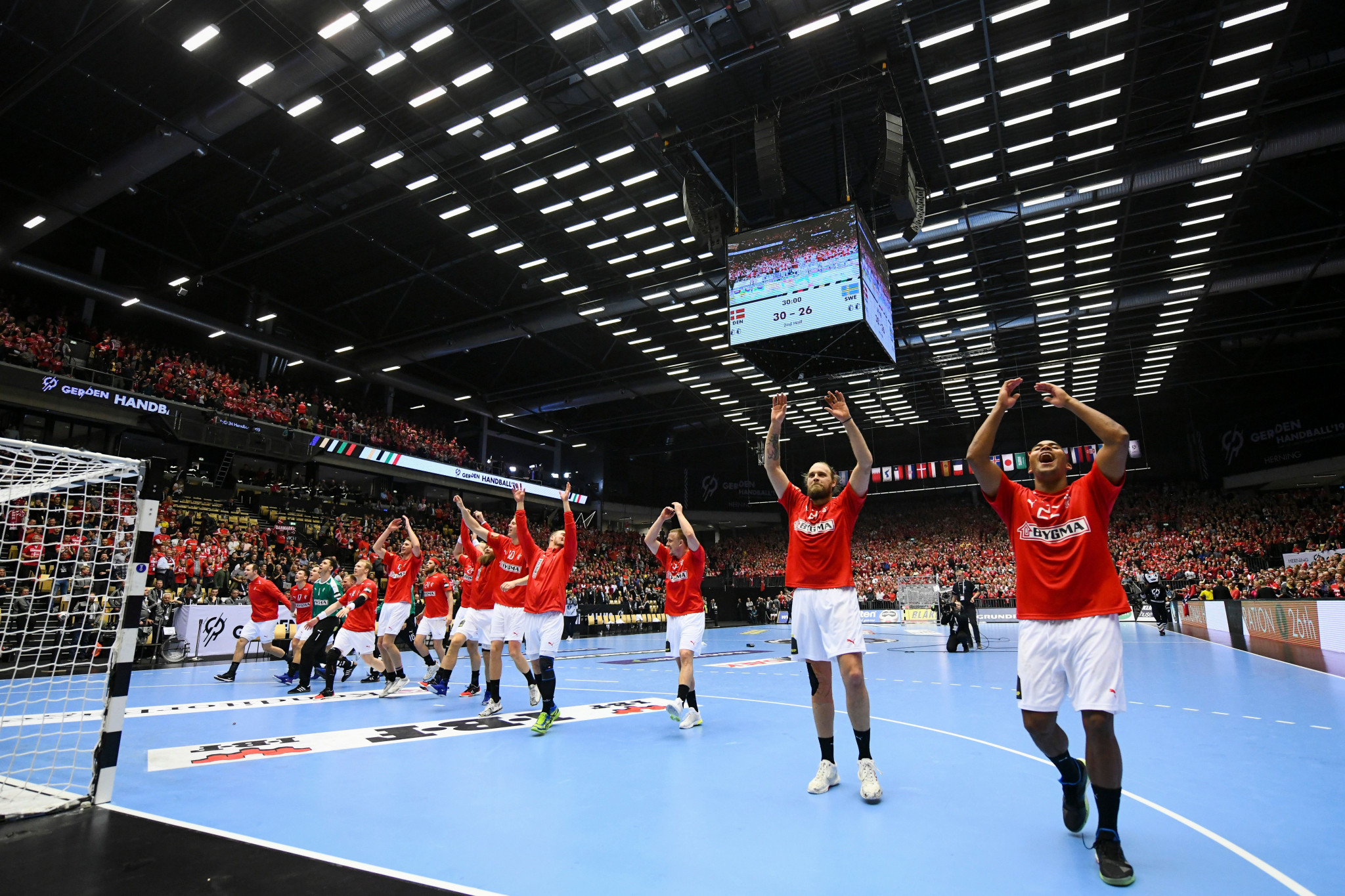 Co-hosts Denmark beat Sweden in their last Group Two match today to progress through to the semi-finals of the International Handball Federation Men's World Championship and deny their opponents a place in the last four.

Mikkel Hansen top scored with six goals as the Danes triumphed 30-26 at the Jyske Bank Boxen in Herning.

Victory made it five wins out of five for them in Group Two and first place in the standings with 10 points.

Sweden, meanwhile, remained in third spot on six points, meaning they finished two behind Norway who defeated Hungary 35-26 earlier in the day.

The last round of Group One matches saw France, the defending champions, suffer their first defeat of the tournament after losing 23-20 against Croatia at the Lanxess Arena in Cologne.

Croatia🇭🇷 cause France their first loss at #handball19, they beat the defending champions 23:20 💪🏼#GERDEN2019 #FRACRO pic.twitter.com/viDADdUCQQ

The result confirmed Germany as the table toppers before they had played their match against Spain.

They went onto win that game 31-30 to end on nine points.

In today's one other Group One match, Brazil beat Iceland 32-29 to secure fifth place and condemn their opponents to sixth with zero points.

There was also a battle at the bottom in Group Two with Egypt defeating Tunisia 30-23 to leapfrog Hungary and ensure a fourth-place finish.

The Egyptians will contest the seventh-place play-off along with Spain on Saturday (January 26).

The fifth-place play-off, scheduled to be held on the same day, will be between Croatia and Sweden.