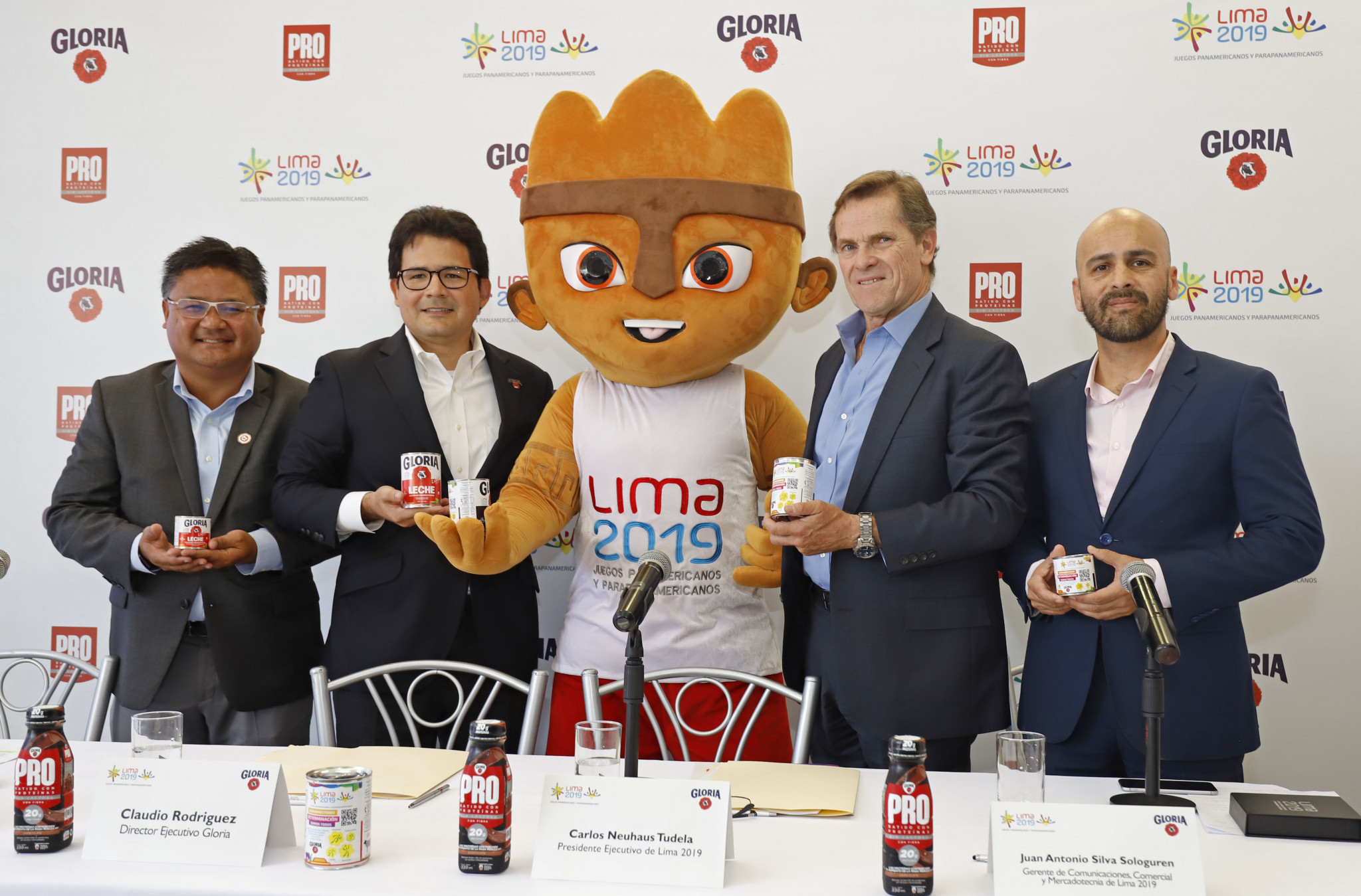 Lima 2019 has announced that dairy products firm Gloria has signed a gold-tier sponsorship deal, becoming the first company from hosts Peru to back this year's Pan American Games.

The partnership means that Gloria has become the "official milk" of the event in the capital city.

Gloria will now enjoy exclusivity in the dairy products category among the Lima 2019 sponsors.

"Gloria is the first Peruvian company joining our effort to deliver the Americas' greatest
celebration of sport," said Neuhaus.

"This agreement comes at a critical time, as we officially open the first of our new, world-class sports venues - the baseball stadium last Sunday (March 10), and the San Marcos University football stadium on Wednesday [today]."

This year's Pan American Games will run between July 26 and August 11.

Athletes competing will be given Gloria products which will feature the Lima 2019 brand.

These products could also reach more than 7.5 million families in Peru, it is hoped.

In addition, Gloria will be able to produce and share videos featuring home athletes at Lima 2019.

The company has recently launched a protein shake designed to aid recovery and build muscle mass.

Organisers in Lima yesterday announced that Chile's LATAM had become the official airline of this year's Pan American and Parapan American Games.