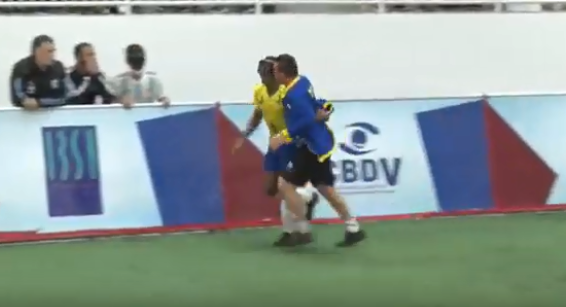 Brazil scored both their goals before the interval and were dominant throughout, to the delight of a vociferous home crowd at the Paralympic Training Centre in São Paulo.

They took the lead from a fine penalty by Nonato, smashed to the goalkeeper's left off the inside of the post.

The Brazilian number eight brilliantly doubled the lead after a jinking run through the defence and a clipped finish over the goalkeeper.

Victory gives Brazil revenge over Argentina, who beat their rivals 2-1 in the 2017 Americas final.