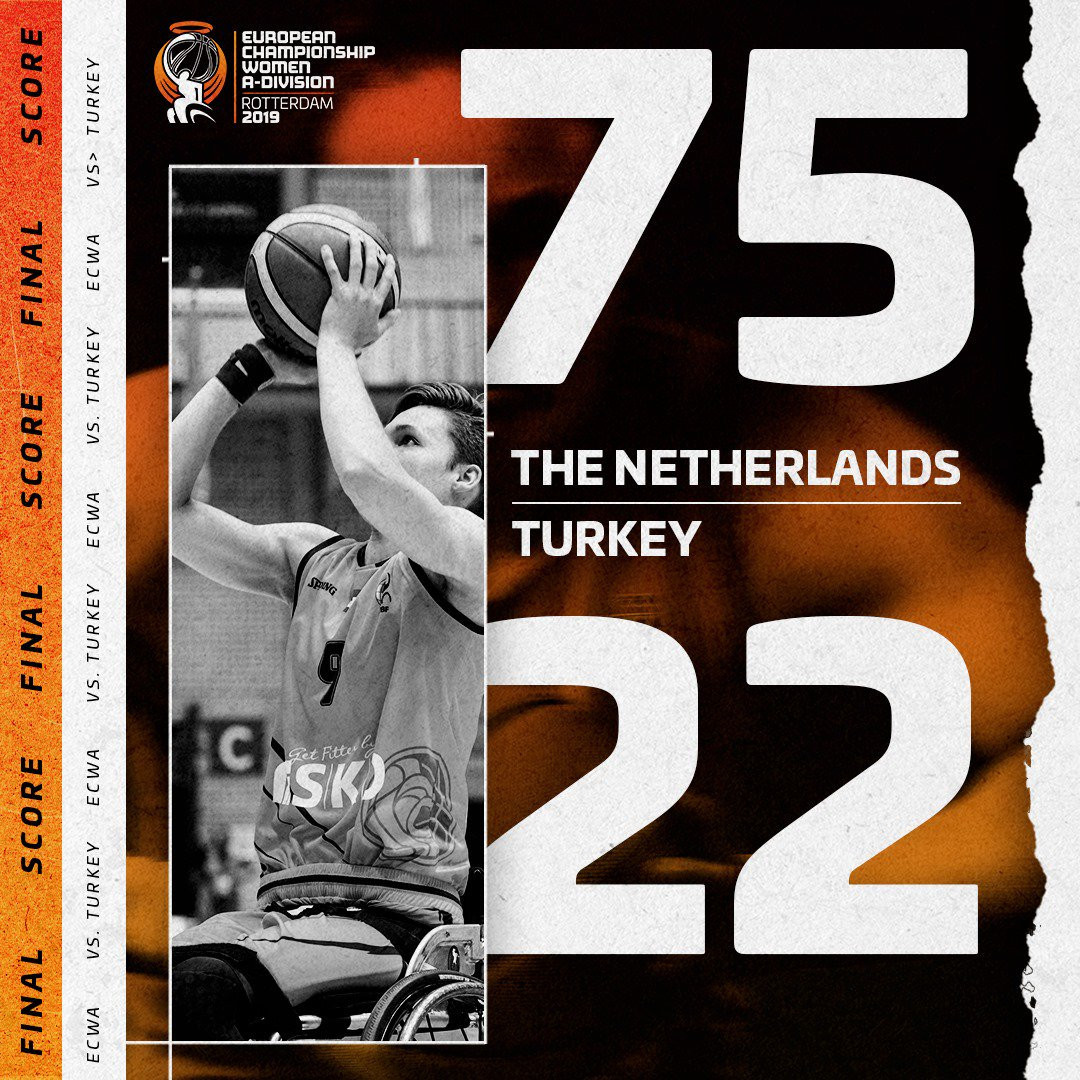 Hosts The Netherlands beat Turkey today to make it two wins out of two at the International Wheelchair Basketball Federation Women’s European Championship Division A in Rotterdam.

The Dutch triumphed 75-22 at Topsportcentrum Rotterdam to successfully follow up their victory against Spain yesterday.

Mareike Miller was the top scorer in Germany's match with 25 points and was named the most valuable player (MVP).

ECWA NEWS - Germany 🇩🇪 get a second win under their belts with a 69-31 win over France 🇫🇷.

The MVP in Britain's game was Amy Conroy, who registered 19 points, six rebounds and one assist.

All six teams are due to play each other once during the round-robin stage, with the top four progressing through to the semi-finals, set to take place on Saturday (July 6).