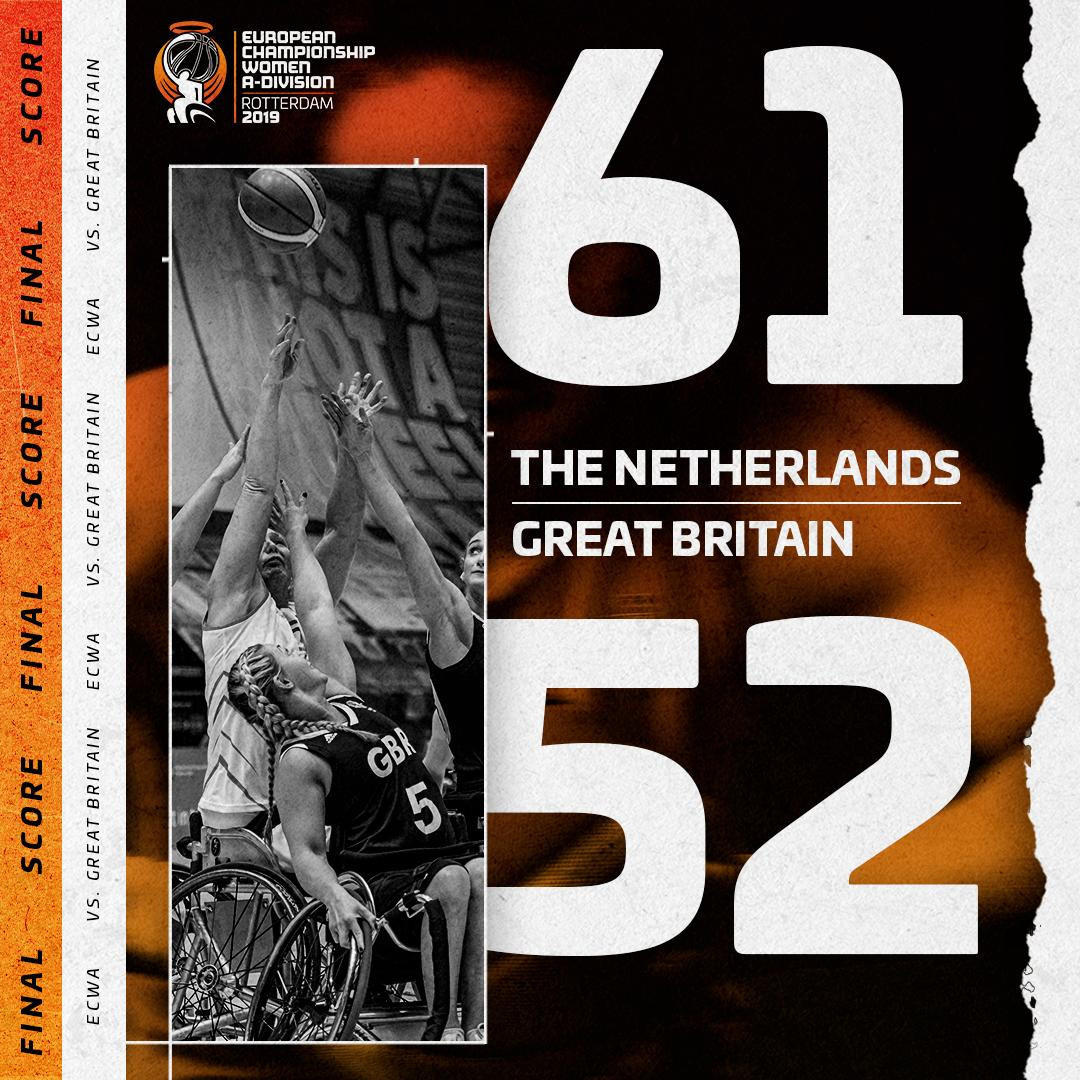 Hosts The Netherlands maintained their unbeaten record with victory over Great Britain at the International Wheelchair Basketball Federation (IWBF) Women’s European Championship Division A in Rotterdam.

In a repeat of the 2018 IWBF World Championship final match, the Dutch triumphed 61-52 at Topsportcentrum Rotterdam.

The Netherlands now have three wins out of three having already beaten Spain and Turkey.

Today's first game saw France overcome Turkey 51-31 to pick up their first win and inflict a third defeat on their opponents.

Despite being on the losing side, Turkey's Mine Ercan was the game's MVP with 15 points, five rebounds and one assist.

All six teams are due to play each other once during the round-robin stage, with the top four progressing through to the semi-finals.

They are set to take place on Saturday (July 6).