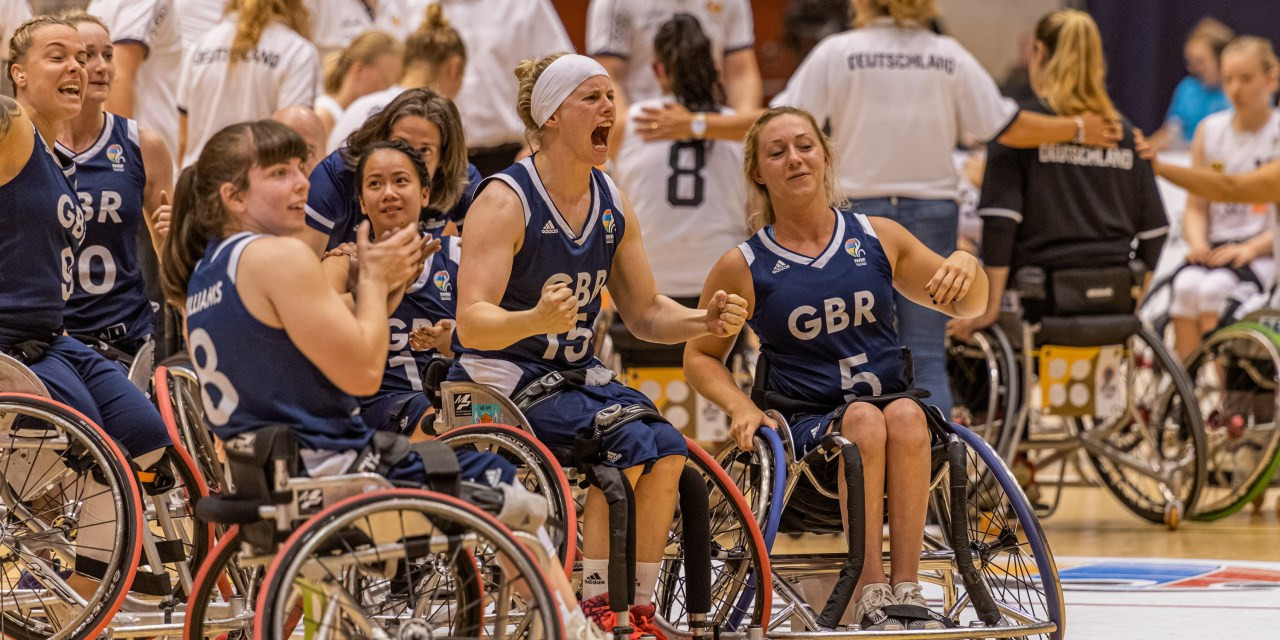 Britain reached the final of the International Wheelchair Basketball Federation Women’s European Championship Division A for the first time tonight with a thrilling win over Germany in Rotterdam.

The Britons advanced thanks to a 49-48 scoreline in Topsportcentrum Rotterdam and their opponents in the gold medal match will be world and Paralympic champions the Netherlands, who had an easier passage in beating Spain 57-31 to reach their 15th consecutive final.

Germany had started the final 10 minutes with a 39-35 lead but Britain went ahead for the first time with eight unanswered points.

The Germans came back to within a single point and with only a few seconds on the clock, Laura Fürst drove to the basket but her shot did not drop.

Both Bo Kramer and Mariska Beijer made double figures for the Netherlands, scoring 23 and 19 points, respectively.

Netherlands head coach Gertjan Van Der Linden rotated deep into his bench early in the second half, giving valuable experience to his squad.

Even with the changes, they enjoyed a prolific quarter, adding 17 points to Spain’s seven, giving them a 42-26 lead ahead of the final 10 minutes.

Netherlands then finished off a professional performance by winning the last quarter 15-5.