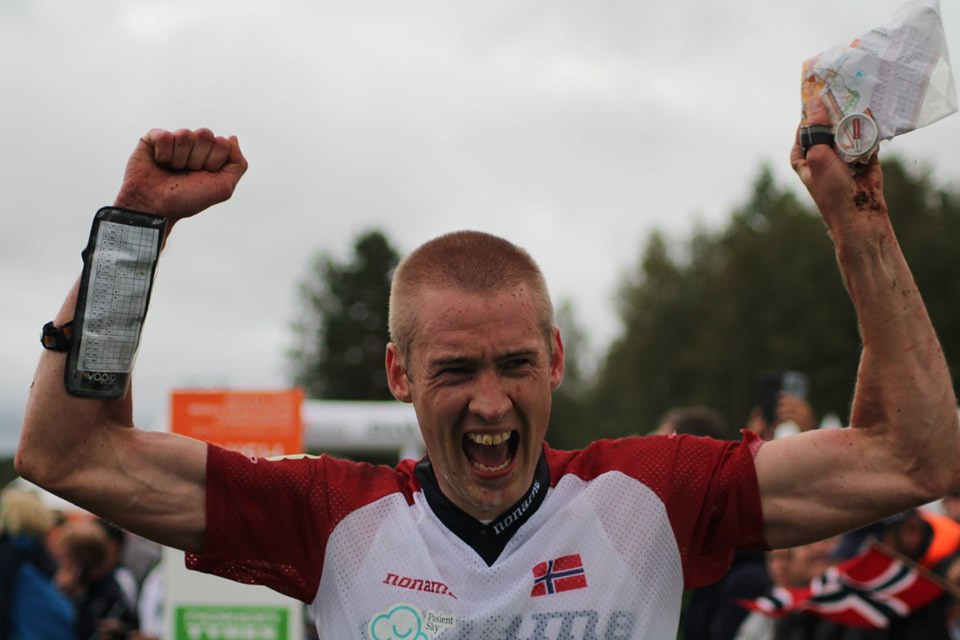 Norwegian Lundanes claimed victory in Østfold to complete the double having also earned gold in the long distance race yesterday.

He completed the course in 34min and 18sec, beating Sweden's Gustav Bergman by 11 seconds to clinch his 10th world title in total.

It is only his second in the middle distance and his first in this category since 2014.

Magne Dæhli, also of Norway, won bronze in an overall time of 34:47.

Sweden's Tove Alexandersson also completed the double as she won the women's middle distance event after topping the the long distance podium yesterday.

The 26-year-old earned her ninth world title, and third over the middle distance, having previously claimed the crown in 2016 and 2017.

Alexandersson took the title in a time of 38:20 to continue her dominance of the sport.

She has won nine out of a possible 11 events in the last four World Championships.

Switzerland's Simona Aebersold came close to upsetting Alexandersson, finishing just five seconds behind, while there was a tie for third after both Russia's Natalia Gemperle and Venla Harju of Finland completed the course in 40:05.

Both Lundanes and Alexandersson will be aiming to complete a hat-trick when they compete for Norway and Sweden, respectively, in the relay events tomorrow.