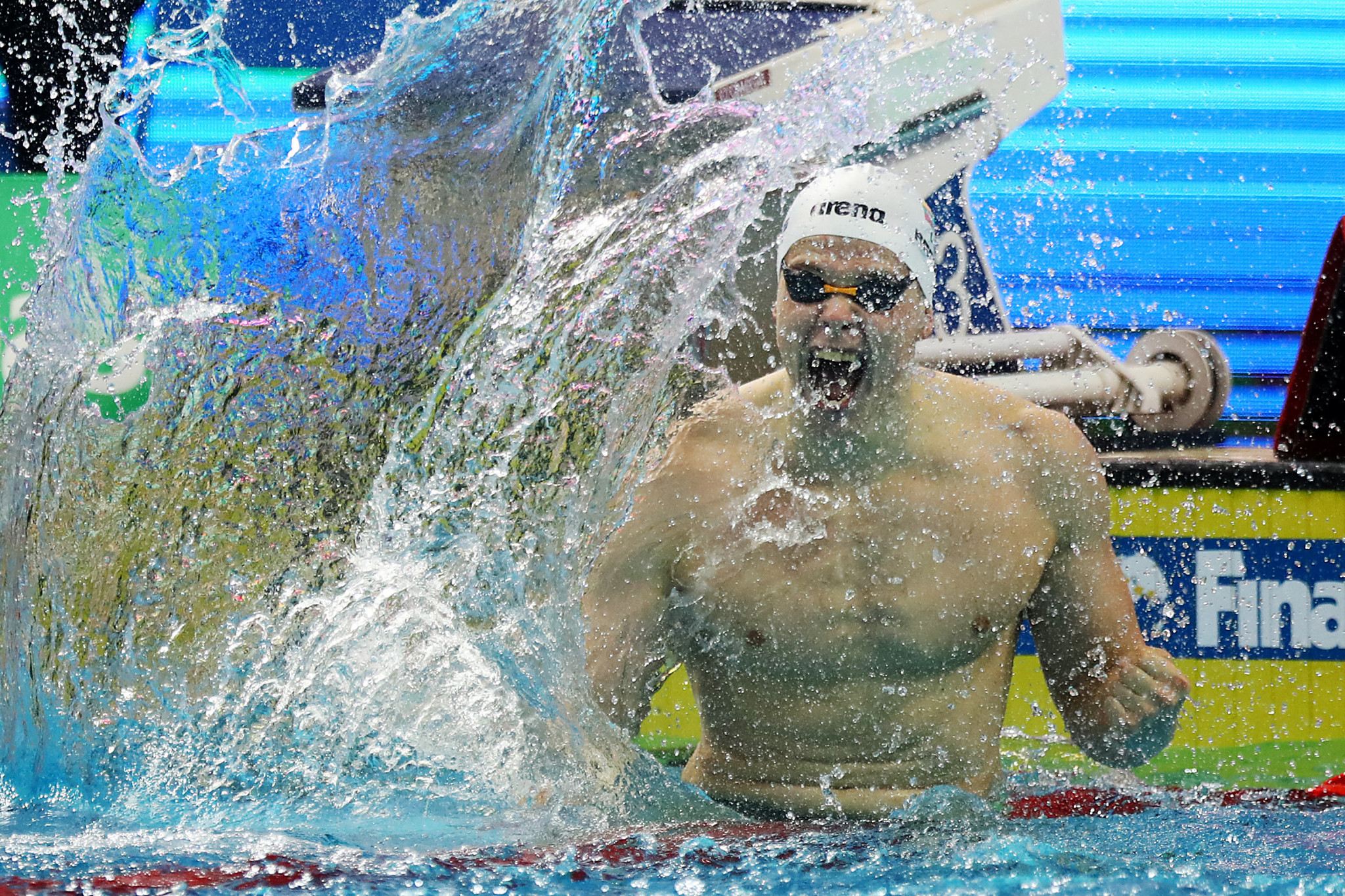 The world short course champion over 400m set a World Cup record of 1min 45.74sec at the first leg of the series in Tokyo but was a second quicker at the OCBC Aquatic Centre, claiming gold in 1:44.38.

After taking six victories in the pool yesterday, the Australian team claimed another four titles on the third and final day.

Andrew triumphed in the 50m butterfly race as he held off Hungarian Szebasztián Szabó by 0.07 to clinch gold in 23.07.

Emily Seebohm of Australia, third in the overall series standings at the end of the second leg in Jinan, followed up yesterday's 100m backstroke victory by winning the 200m backstroke in 2:10.50.

Sullivan teamed up with Andrew, Breeja Larsson and Giles Smith to win the 4x100m medley relay in 3:52.17.