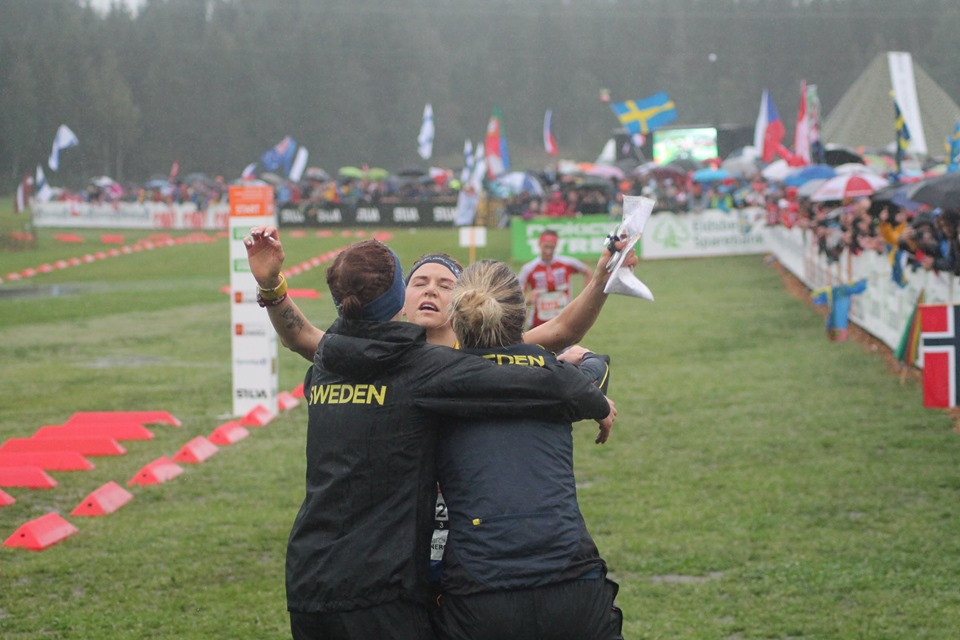 All of the women's gold medals from the World Orienteering Championships have been claimed by Sweden after they triumphed in the relay in Norway, with the men completing the team double.

Tove Alexandersson, winner of the individual and long distance races in Østfold this week, Lina Strand and Karolin Ohlsson narrowly clinched the team crown by just four seconds ahead of Switzerland.

Strand tore ahead of the rest of the field on the first lap, with a 44-second gap over the Swiss making it look as though it would be a Swedish stroll.

But young Swiss star Simona Aebersold, who earned silver in the middle and bronze in the long individual races, proved her talent again by overtaking nine-time champion Alexandersson on the second lap.

Aebersold handed a six second advantage to Julia Jakob, who battled with Ohlsson all the way through to a sprint finish, with the pair racing almost side by side into the final stages.

Ohlsson proved her stamina by sprinting away and crossing the line to ecstatic celebrations with her team mates in sodden conditions.

In the men's race, Sweden also came out on top, this time with a dominant display.

Gustav Bergman, running the final leg, finished a full 1min 34sec ahead of Miika Kirmula of Finland, who brought his nation over the line in second.

The Swedish men's team completed the course in a combined time of one hour 40min and 42sec, while bronze went to France.