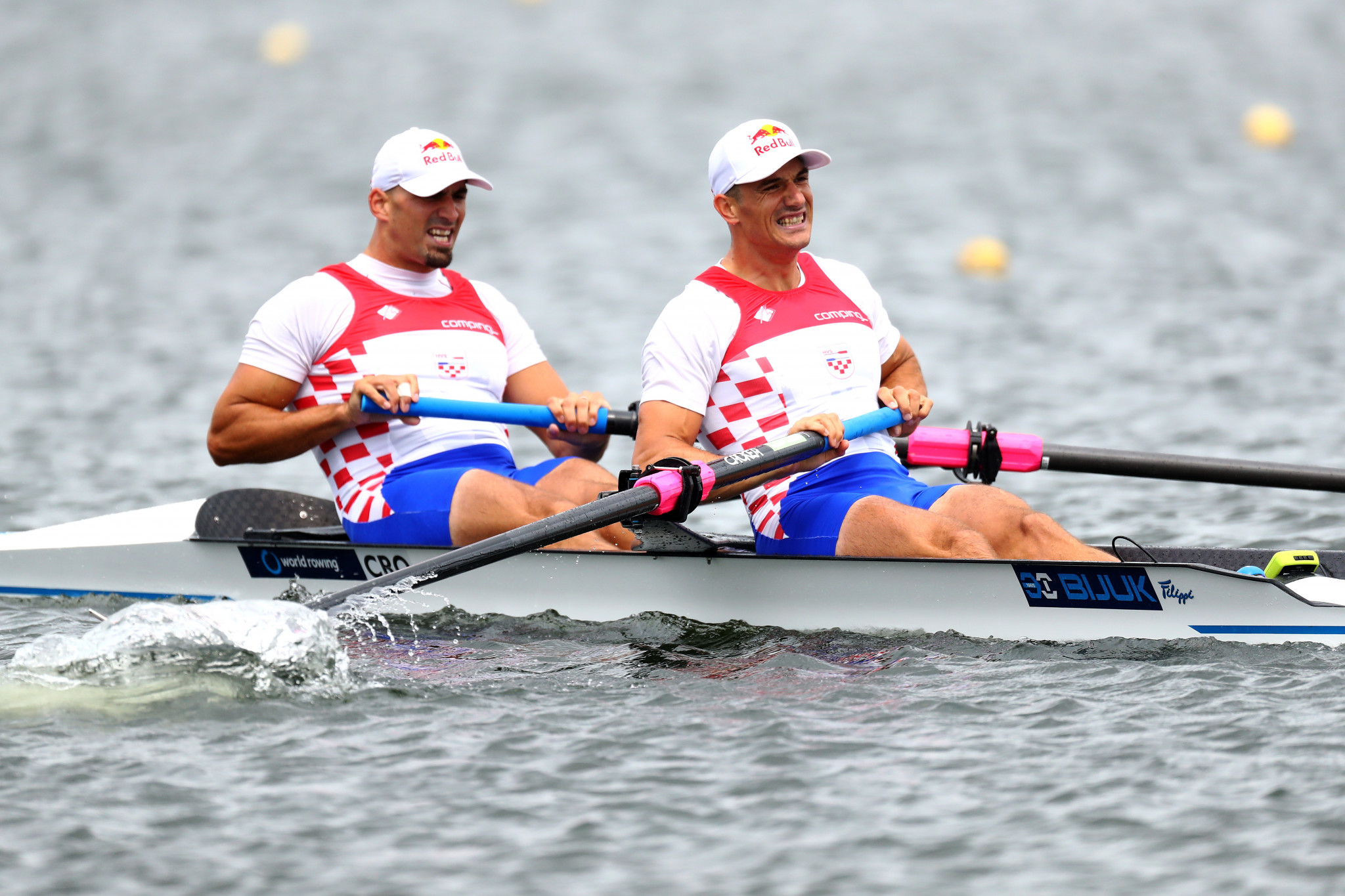 Martin and Valent Sinković of Croatia topped their heat in the men's pairs event on the first day of the World Rowing Championships in Linz Ottensheim in Austria.

The reigning world and European Champions won their race in 6min 26.710sec, the fastest time of the five heats.

Next was Jaime Canalejo Pazos and Javier Garcia Ordonez of Spain with a time of 6:31.260, while Matteo Lodo and Giuseppe Vicino finished in 6:33.150 for Italy.

John Smith and Lawrence Brittain of South Africa were the victors in heat five with 6:36.030, with Turkey's Selahattin Gursoy and Besim Sahinoglu triumphing in heat two with 6:37.400.

Canadian duo Caileigh Filmer and Hillary Janssens were the fastest qualifiers in the women's pair heats, crossing the line in 7:09.450.

They were five seconds faster than Megan Kalmoe and Tracy Eisser of the United States, who won heat four in 7:12.760.

Jessica Morrison and Annabelle McIntyre of Australia were the winners in heat two with 7:14.750.