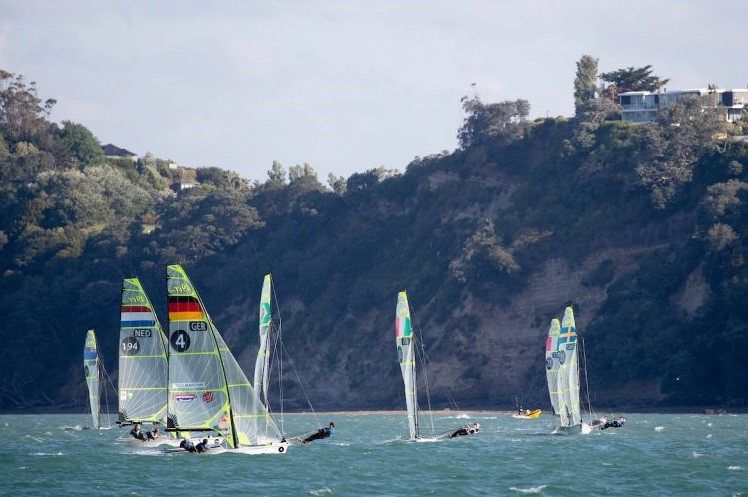 Germany's Erik Heil and Thomas Ploessel lead the way in the 49er class, after an opening day of dramatic weather at the 49er, 49erFX and Nacra 17 World Championships in Auckland.

Wind speeds up to 37 knots curtailed much of the action at the Royal Akarana Yacht Club, with no racing possible in both the 49erFX and Nacra 17 classes.

Two races were held in each fleet of the 49er competition, with Heil and Ploessel collecting a victory and a second place to lead with three points in the early going.

French duo Kevin Fischer and Javin Yann also achieved a race win and were then fourth to sit second on five points.

The Dutch crew of Bart Lambriex and Pim van Vugt achieved finishes of third and fourth for a tally of seven points in third place.

This has placed them 11th overall on home water, with 12 points going into day two.

Four races will be held in the 49erFX and Nacra 17 in a bid to catch up on what was missed.