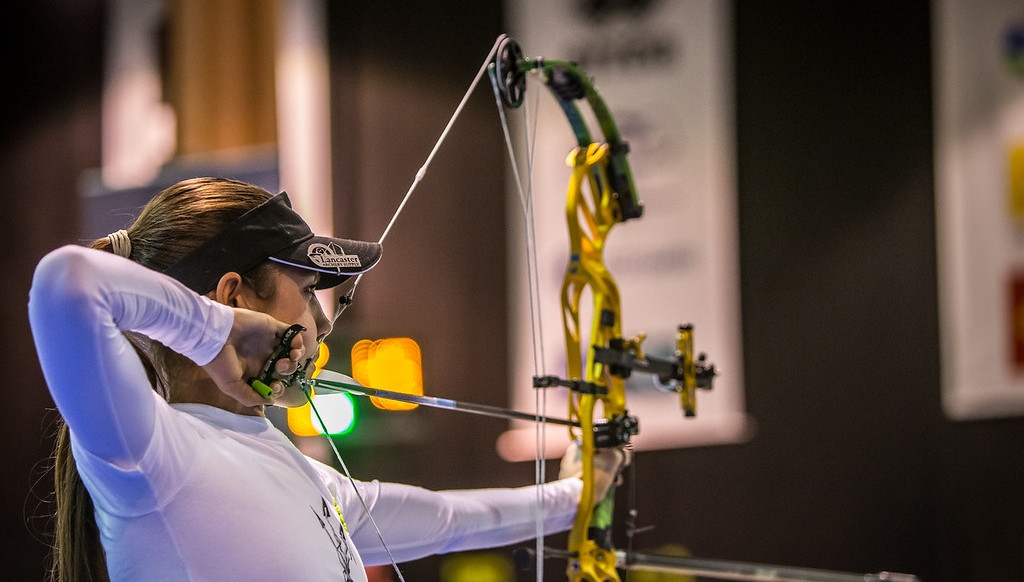 Women's recurve world number one Kang Chae Young is not in action in the penultimate leg of the Indoor Archery World Series that started today in France – but her fellow South Korean archers opened qualifying with a flourish in that discipline.

While Kang prepares at her country's training camp in Myanmar, three compatriots have established themselves in the top places at the Sud de France Nimes Archery Tournament, the penultimate leg of the campaign.

After the opening 60-arrow ranking round at the Parc des Expos, the women’s recurve event is headed Kim Surin on 591, Kim Chaeyun on 588 and Sim Yeji on 583.

Meanwhile, 15-year-old Casey Kaufhold of the United States, who had had the biggest result of her career when she made the finals of the Nimes Archery Tournament last year, is in fourth place on 582.

Nimes, holding this event for the 22nd year, is the last tournament before the Indoor Archery World Series Finals in Las Vegas next month.

Winners in each section will receive 1,000 points for the overall rankings, compared to the 250 points champions received at the circuit's first four tournaments.

Pictures from the first two sessions of qualification at the 2020 @NimesArchery Tournament. 🇫🇷🏆🏹

In the men’s recurve qualifying, world number one Brady Ellison is in the lead on 566, with fellow American Jack Williams second on 593.

France’s Pierre Plihon is third with 591.

Another US world number one, Braden Gellenthein, lived up to his billing today as he topped the men’s compound opening qualifying, totalling 567, with France’s Nicolas Girard in second place on the same total.

Eight of the top ten are US archers in this category.

Paige Pearce of the US leads the women’s compound rankings at this point on 596, with Belgium’s Sarah Prieels second on 592 and So Chaewon of South Korea third on 590.

Further qualification and individual matches is due to take place tomorrow before finals on Sunday (January 19).