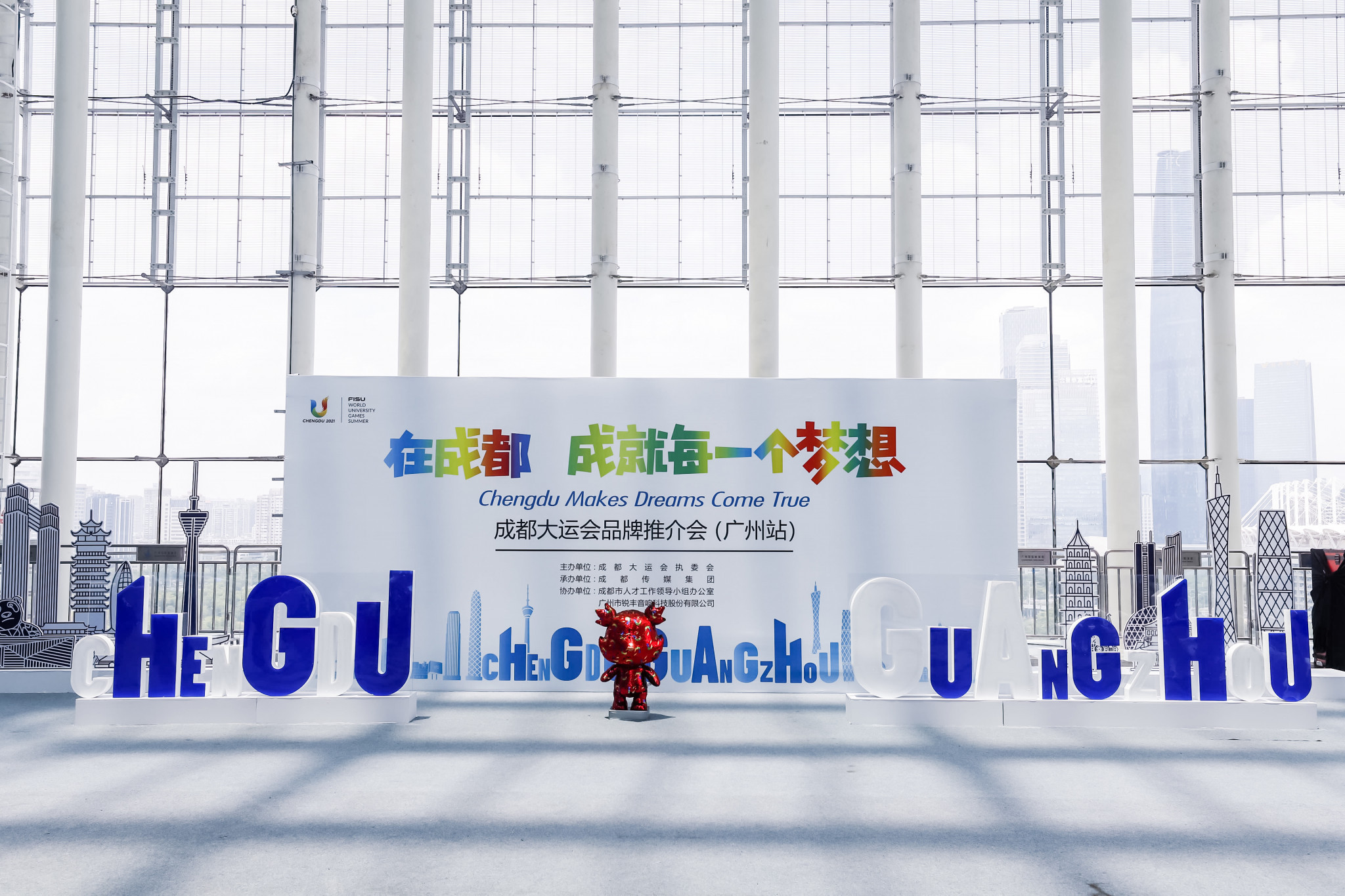 The organisers of the Chengdu 2021 International University Sports Federation (FISU) Summer World University Games has unveiled new partnerships, this time in the city of Guangzhou.

A media conference was held at the Canton Tower, the landmark of Guangzhou, following the last two in Beijing and Shanghai respectively.

During the event, Han Yi, the vice-president of the Executive Committee of Chengdu 2021 gave an introduction, inviting businesses to enjoy the event together.

These companies will provide professional services for the Games such as lighting effects, seating, sports lighting and space technology.

The University Games, scheduled to take place from August 18 to 29 2021, is expected to attract over 10,000 athletes and officials from more than 170 countries and regions to Chengdu.

After the ceremony, Chengdu pop singer Sury Su collaborated with the Zhigeng Indoor Chorus choir to sing "In Chengdu", which features lyrics that praise the city's hospitality and sights.

New official licensed products, including a limited version of the satellite-themed commemorative badge, was released on a catwalk during the show.

The martial and main colour, space grey, are designed to represent the artificial intelligence satellite that was named after the Games, celebrating the cooperation with its sponsor ADASPACE.

Meanwhile Xu Da, the former minister of the General Planning Department of the Beijing Organising Committee for the 2022 Olympic and Paralympic Winter Games has said that the World University Games has to combine with the development of the city to ensure further development.

Another consultant, Ke Gangming, who was the leader of the Executive Committee of the Shenzhen 2011 Summer Universiade, said the preparation of the Games should be "led by the Government, guided by the market, conducted economically and participated by mass population".

Finally Athens 2004 Olympic champion Zhang Jiwen, who won gold in the women's doubles in badminton, called the World University Games a "once in a lifetime" event, describing it as "a precious chance for athletes to compete."