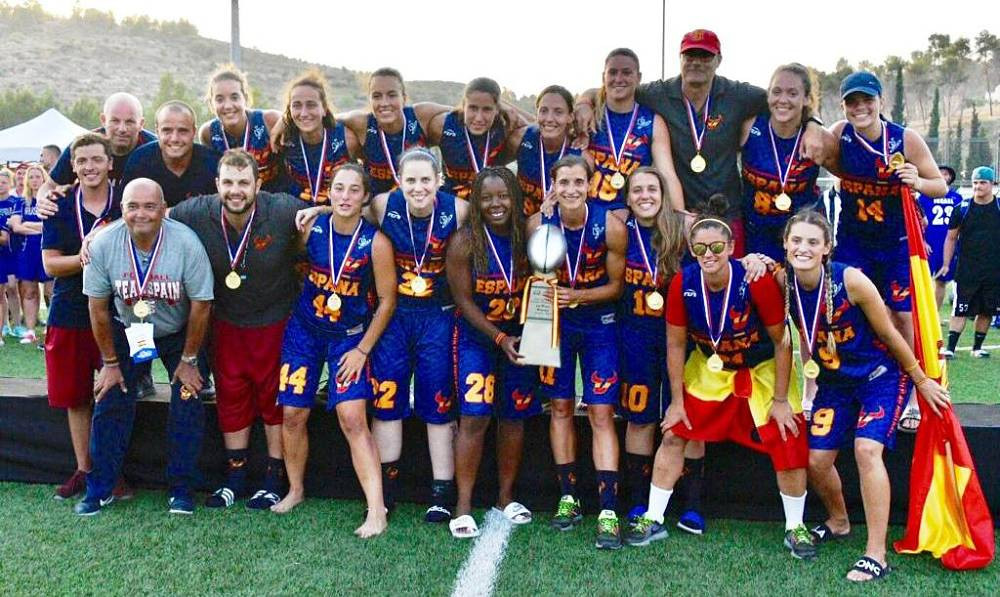 The International Federation of American Football (IFAF) has announced Spain as the host for the 2021 Flag Football World Championships.

Palma, located on the island of Mallorca, is scheduled to stage the men’s and women’s event from October 6 to 10 next year.

Nick Sellers, chief executive of World Games 2022, promised he would be "watching closely" as teams bid to qualify for the multi-sport event in Birmingham in the United States.

Flag football is set to make its debut at the Games after being named as one of the invitational sports.

"Today’s announcement is an exciting step on the road to Birmingham," said Sellers.

"We’ll be watching closely as this event will determine the eight men’s teams and eight women’s teams who will be competing for gold in flag football.

"We’re grateful for the support of IFAF and the NFL (National Football League), and look forward to hosting flag football at the World Games for the first time in history."

It will be the first time Spain has staged the World Championships which have been held since 1998 with men’s and women’s divisions spanning across flag and tackle football.

Normally conducted every two years, Denmark was scheduled to host the 2020 edition only for it to be cancelled due to the coronavirus pandemic.

"As our sport’s popularity continues to grow, it’s both exciting and fitting to experience a new host nation embrace our game and the world-class athletes who love to play it."

Spain women’s team have enjoyed success in the sport having won last year’s European Championship with victory over Britain in the final.

The country is set to become the fifth European nation to host the World Championships, following Italy, Sweden, France and Austria.

Enrique Garcia De Castro, President of the Spanish Federation of American Football (FEFA), said: "It is an honour for FEFA to be able to organise the flag World Championships in 2021.

"We want to thank IFAF for giving this opportunity.

"We would also like to thank the city council of Mallorca, the Consell de Mallorca and the Govern de les illes Balears.

"Without the support of these institutions it would not be possible to organise the World Championships.

"The Championship will be a real party for our sport.

"Athletes, spectators, staff and all the rest of the participants will be able to enjoy the hospitality and professionalism of all those involved in the organisation of the event.

"The wonderful Mediterranean island of Mallorca will be the ideal place for the World Championships.

"We will have fantastic facilities and great accommodation for practicing our sport.

"We hope to see you with open arms."

Excluding the United States, the top seven men’s and women’s teams in Palma  will qualify for the World Games.

The US men’s and women’s teams have already qualified following their gold medal-winning performances at the 2018 World Championships in Panama.

The World Games were due to be held in Birmingham in July 2021 but were postponed by 12 months to avoid a clash with the rescheduled Tokyo 2020 Olympic Games.

More than 3,600 participants from more than 100 countries are due to compete across 30 sports at the World Games.

Lacrosse, duathlon and wheelchair rugby are the other invitational sports.