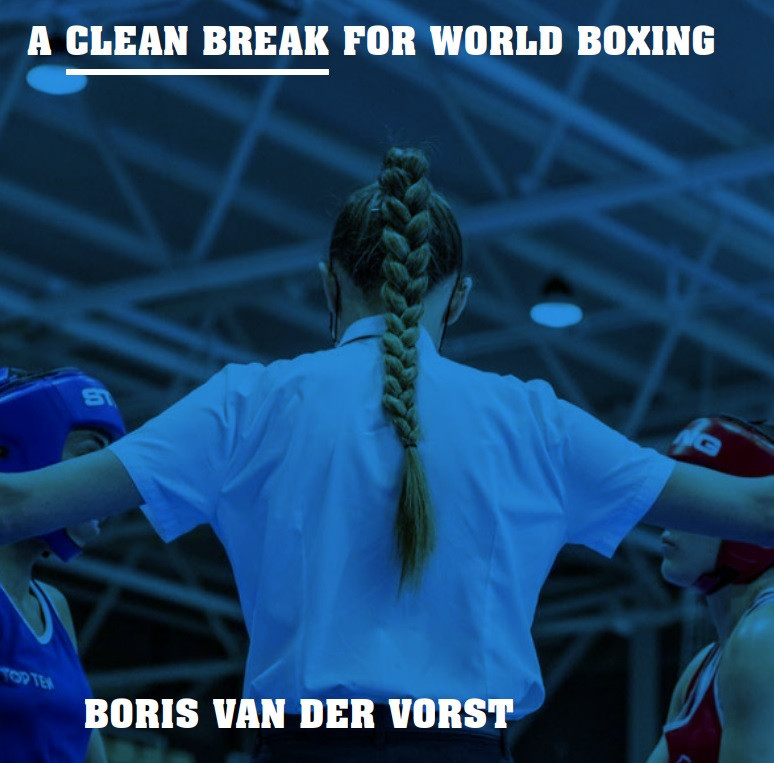 Boris van der Vorst has vowed to restructure deals with the International Boxing Association's (AIBA) creditors to help ease the financial crisis at the organisation as he warned against taking a "onetime payment from unspecified sources" in his election manifesto.

The head of the Dutch Boxing Federation, one of seven candidates standing for AIBA President, told the embattled body's membership "not to believe promises" of a quick resolution to its financial troubles.

Van der Vorst's manifesto features four main aims he has pledged to fulfil - conduct a real governance reform, restore trust of boxers and fans, ensure financial sustainability and inspire worldwide development and cultural change in boxing - if he pulls off what would be a surprise victory in the virtual vote on December 12.

He claims meeting these targets will ensure AIBA restores its status with the International Olympic Committee (IOC) after it was suspended as the Olympic governing body for the sport because of concerns with its finances, governance and refereeing and judging.

In his manifesto, entitled "A Clean Break for World Boxing" and which is due to be sent to AIBA's National Federations today, Van der Vorst vows to resolve AIBA's financial issues with a "sensible and sustainable approach".

Restructuring deals with Azerbaijani company Benkons and First Contract International Trade is among his main pledges, along with addressing "current liabilities and litigations in full".

Van Der Vorst, chairman of the European Boxing Confederation's Passion for Boxing Commission, claims "AIBA's creditors will positively respond to changes in the management style that I will implement and will be willing to re-negotiate their agreements openly to allow faster recovery" for the governing body, which is around $20 million (£14.9 million/€16.8 million) in debt.

The Dutch official also promised to hold a separate virtual Congress "to approve truly progressive new statutes/constitution" if proposed changes are not given the green light during the December meeting.

Alterations to AIBA's statutes are due to be voted on by the Congress on December 13, but they have faced criticism from England and the United States, among others.

Van der Vorst writes in his manifesto that he "does not find reformative enough in its current version" the proposed statute changes.

He also says he will conduct a thorough review of AIBA's ethical standards and give National Federations the power to choose the heads of the Ethics and Disciplinary Commissions.

"I am convinced that once we take these necessary steps, AIBA will meet the criteria set by the IOC Inquiry Committee report for its reinstatement," Van der Vorst writes.

"When we are granted the honour and the privilege to return into the Olympic family, we will continue to drive cultural change within our International Federation and stand ready to organise the most fair and successful Olympic qualification process for Paris 2024."

The outcome of the election is considered vital if AIBA is to be reinstated by the IOC in time for Paris 2024.