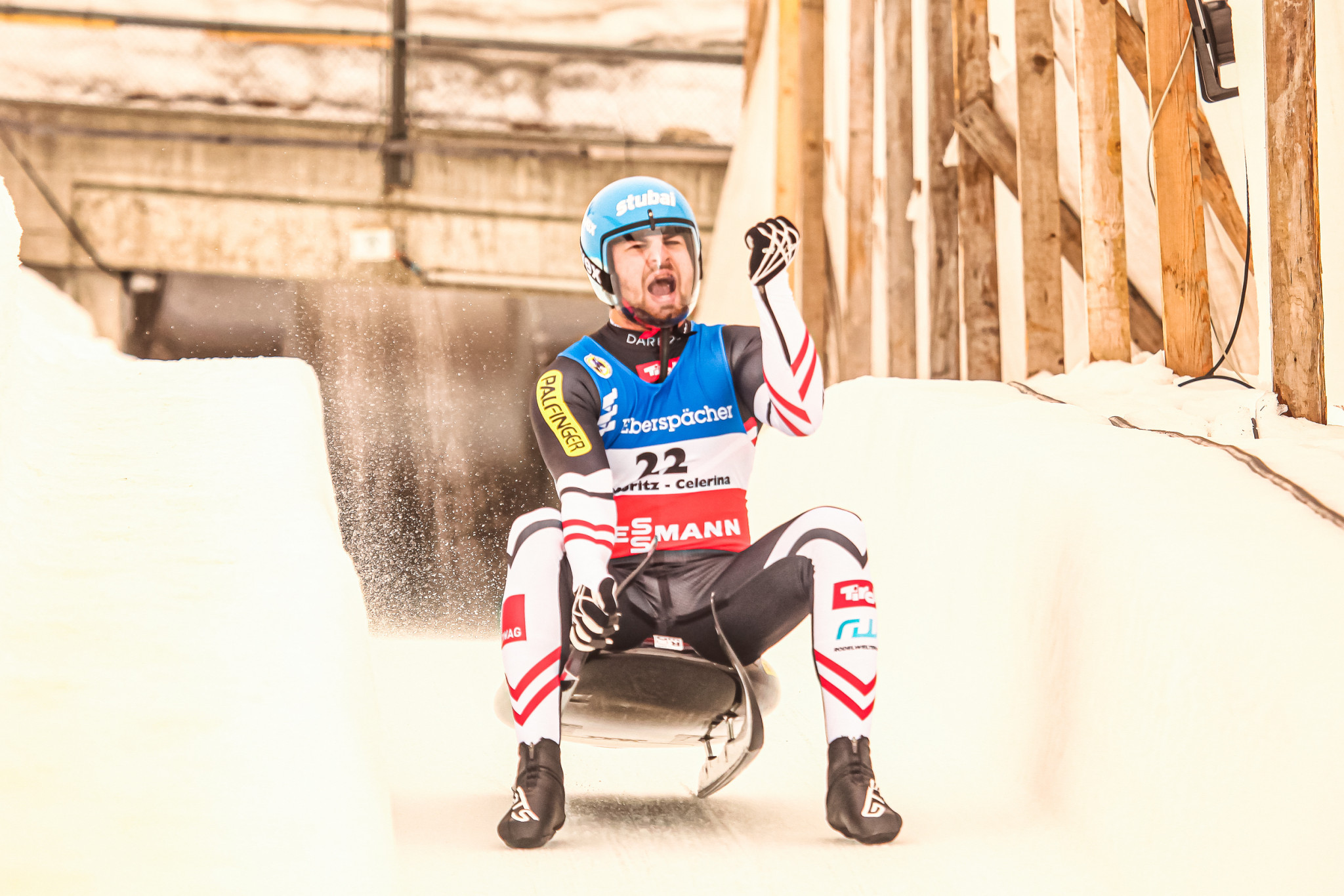 Germany's Loch was on track to win all nine men's singles events in the World Cup season.

Gleirscher prevented him from doing so at the very last, however, with the Austrian recording a total time of 2mins 15.852secs to top the podium in today's race.

It was Gleirscher's first ever World Cup victory and followed on from his world title in the men's sprint in Königssee last week.

"Confirming my victory in the sprint at the World Championships now is huge."

Compatriot Johannes Ludwig was second on 716, with Semen Pavlichenko of Russia third on 673.

Completing the podium was Italian duo Ludwig Rieder and Patrick Rastner with 1:48.481.

As in the men's singles, Austrian pair Thomas Steu and Lorenz Koller had already claimed the doubles crystal globe with 942 points.

The Šics were second overall on 834, while Germany's Toni Eggert and Sascha Benecken were third on 830.

Competition is set to continue in the Swiss town of St Moritz tomorrow with the women's singles and team relay.

A World Cup winner is yet to be determined in the women's contest, with Olympic champion Natalie Geisenberger currently leading the standings.