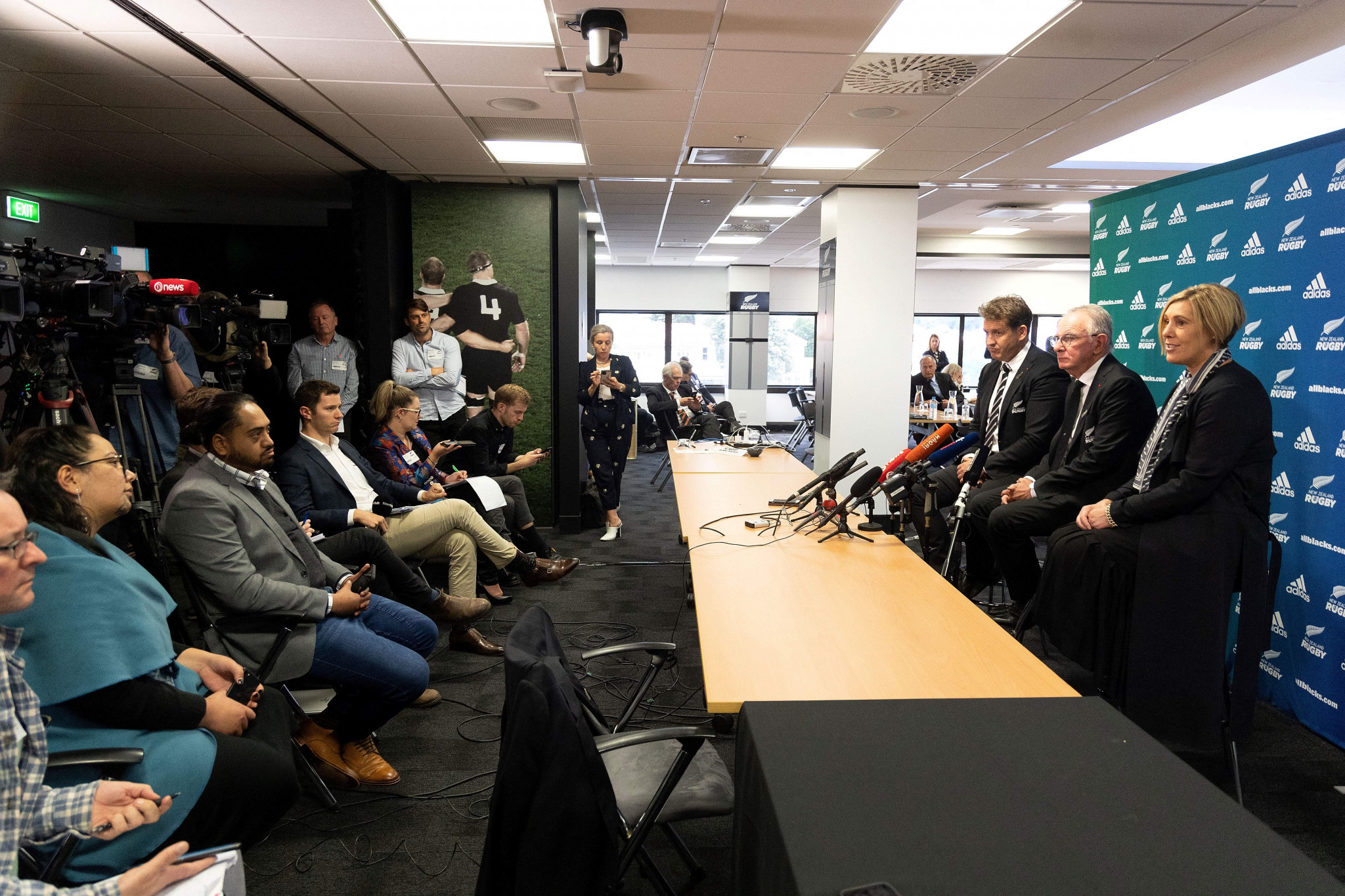 New Zealand Rugby (NZR) has announced a total loss of NZ$34.6 million (£18 million/$25 million/€20 million) at the organisation’s annual general meeting in Wellington, as private equity investment in the provincial unions was approved.

The organisation added that a further NZ$16 million (£8.3 million/$11.5 million/€9.5 million) writedown of Sky Television shares created a total loss for the year of NZ$34.6 million.

NZR chief executive Mark Robinson said the 2020 financial results marked rugby’s adaptability and resilience, with the result viewed as a strong performance in a year impacted by a restricted rugby calendar and drops in revenue from sponsors and matchday income.

"A year ago we were facing a collapse of more than 60 per cent of our revenue and had to make some hard decisions in a short amount of time in order to keep costs down, while getting our players on the field and keeping our stakeholders engaged," Robinson said.

"From the Heartland unions’ decision to cancel their representative season, to the extra hours our staff and players have put in, the past year has been difficult, and we acknowledge the hardships felt by our people at all levels across the game."

The NZR said it has been given the green light by its Provincial Unions to finalise a private equity deal.

The deal will see United States investment firm Silver Lake take a 12.5 per cent stake in the game, which will see the private equity group invest NZ$387.5 million (£201 million/$280 million/€231 million) into NZR.

It is claimed that a large portion of the money has been earmarked for rugby’s grassroots.

Consent needs to be given by the New Zealand Rugby Players’ Association (NZRPA) to go ahead.

The NZRPA has expressed concerns over the private equity investment, including the potential for commercialisation of team symbols, such as the haka.

The NZRPA has also suggested there may be some increased demand for exhibition matches to grow revenues.

NZR chair Brent Impey has called on the players to support the investment, which he claims will help to develop the future of the game.

"We are thrilled that our Provincial Unions and the Māori Rugby Board have recognised the importance of private equity in driving commercial revenue and enabling investment to ensure rugby thrives and survives into the future," Impey said.

"Today’s vote for Silver Lake represents a transformational opportunity for our game and one we must grasp.

"Through swift action, good governance and hard work of our people we are fortunate to be one of the best placed national unions in the world.

"However, we are at a critical juncture and need our players’ support if we are to make the most of the opportunity in front of us.

"The game has to change, and Silver Lake’s capital injection would allow us to re-imagine rugby and invest in the areas of the community game that need it most, particularly teenage and women’s rugby, and to create better and more engaging experiences for our fans.

"The players are a critical part of this journey, but we have to look at what is right across all levels of the game, our whole eco-system.

"We hope the NZRPA will realise the significance of the opportunity in front of us and will continue to work toward an agreement in coming weeks."

The NZR confirmed Sir Michael Jones has stepped down from the organisation’s Board to spend more time with his family, community and work.

New Zealand Māori Board chair Farah Palmer has been reappointed as the Māori representative on the Board.

Ajit Balasingham and Mark Hutton were both elected to the NZR Board during the annual general meeting.