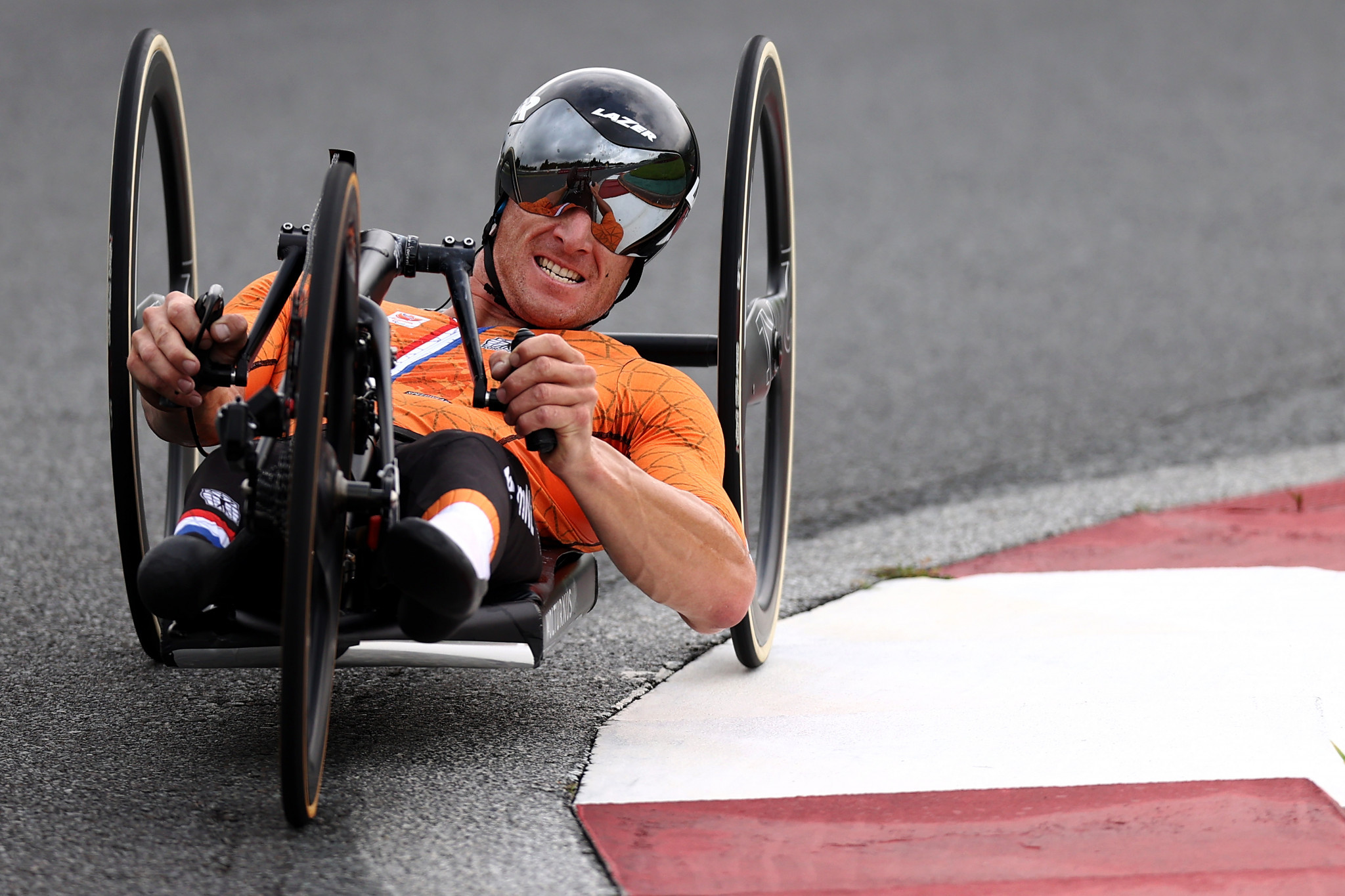 The Netherlands won half of the gold medals on offer in the first day of the Tokyo 2020 Paralympic Games cycling road races at the Fuji International Speedway.

First, Mitch Valize started the day in Shizuoka Prefecture with a gold medal in the men's H5 road race, adding to his success yesterday in the time trial.

He held off Loic Vergnaud of France in a sprint to the line, finishing the 72.9 kilometres course in 2 hours 24min 30sec.

Opening Ceremony flagbearer Jetze Plat got the second win for the Dutch in the men's H4, beating Austria's Thomas Fruehwirth and Alexander Gritsch in a repeat podium of the time trial.

He crossed the line in 2:15:13, more than five minutes in front of the silver medallist Fruehwirth.

The Netherlands' final gold of the day came in the women's H1-4, as Jennette Jansen was quickest across the line in a tight top three.

She was six seconds in front of German Annika Zeyen in a time of 56min 15sec, winner of the time trial yesterday, and nine in front of the United States' Alicia Dana.

Masters has two golds, a silver and two bronzes in cross-country skiing, two silvers in biathlon and one bronze in rowing - meaning she has claimed Paralympic medals in four sports.

Finally, the Russian Paralympic Committee's Ruslan Kuznetsov dipped Switzerland's Heinz Frei on the line for the men's H3 gold in 2:34.35.

The pair were 31 seconds in front of bronze medallist, Walter Ablinger of Austria.