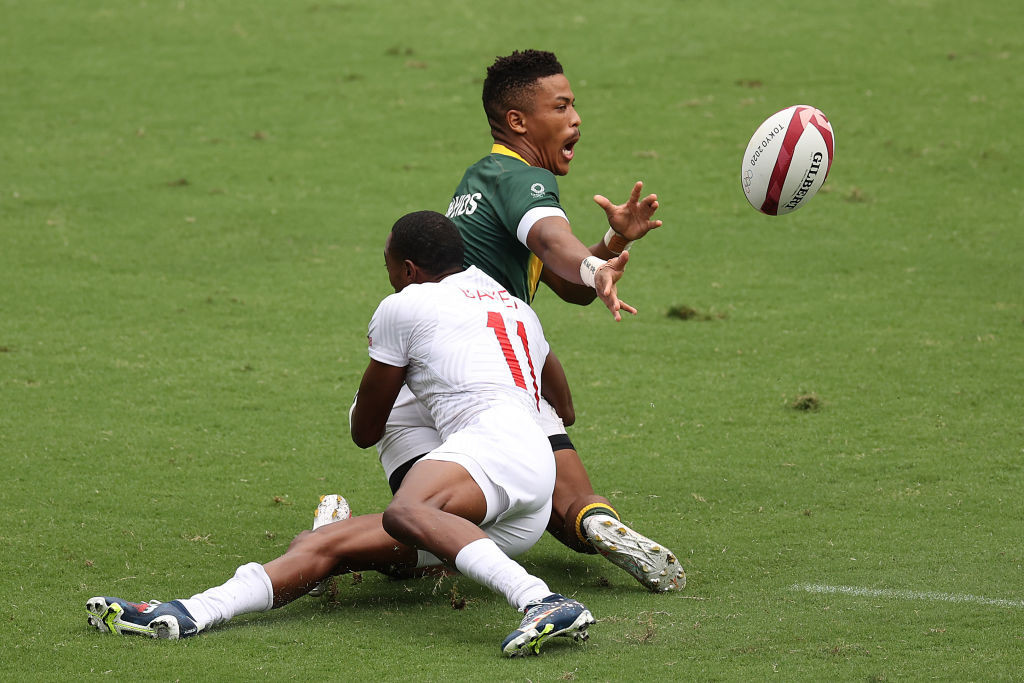 South Africa and the United States progressed to the quarter-finals with 100 per cent records as the World Rugby Sevens Series made an entertaining return in Vancouver after an 18-month break.

The Blitzboks, runners-up in the last edition of the series, topped Pool A to reach the last eight in style at BC Place.

Angelo Davids became the first South African player in series history to score four tries in a match as they opened their campaign with a thumping 53-0 win over Mexico.

South Africa eased to a 34-7 victory against Spain before sealing first place in the group thanks to a 33-14 triumph over Kenya.

The South Africans will again play Spain in the quarter-finals, while Kenya will take on the the US.

Victories over Canada, Germany and Chile saw the US finish top of Pool B.

Canada ended the pool stage in second place behind the US and will meet Britain for a spot in the semi-finals.

The other quarter-final will be between Pool B winners Ireland and Hong Kong, who finished third in the same group.

In the women’s Fast Fours competition, coinciding with the men's series event in Vancouver, Britain took top seeding for the semi-finals after winning all three of their matches.

Britain will play Mexico - who lost their three group games without scoring a point - in the last four, while the US entertain Canada.

Both tournaments are due to conclude tomorrow.