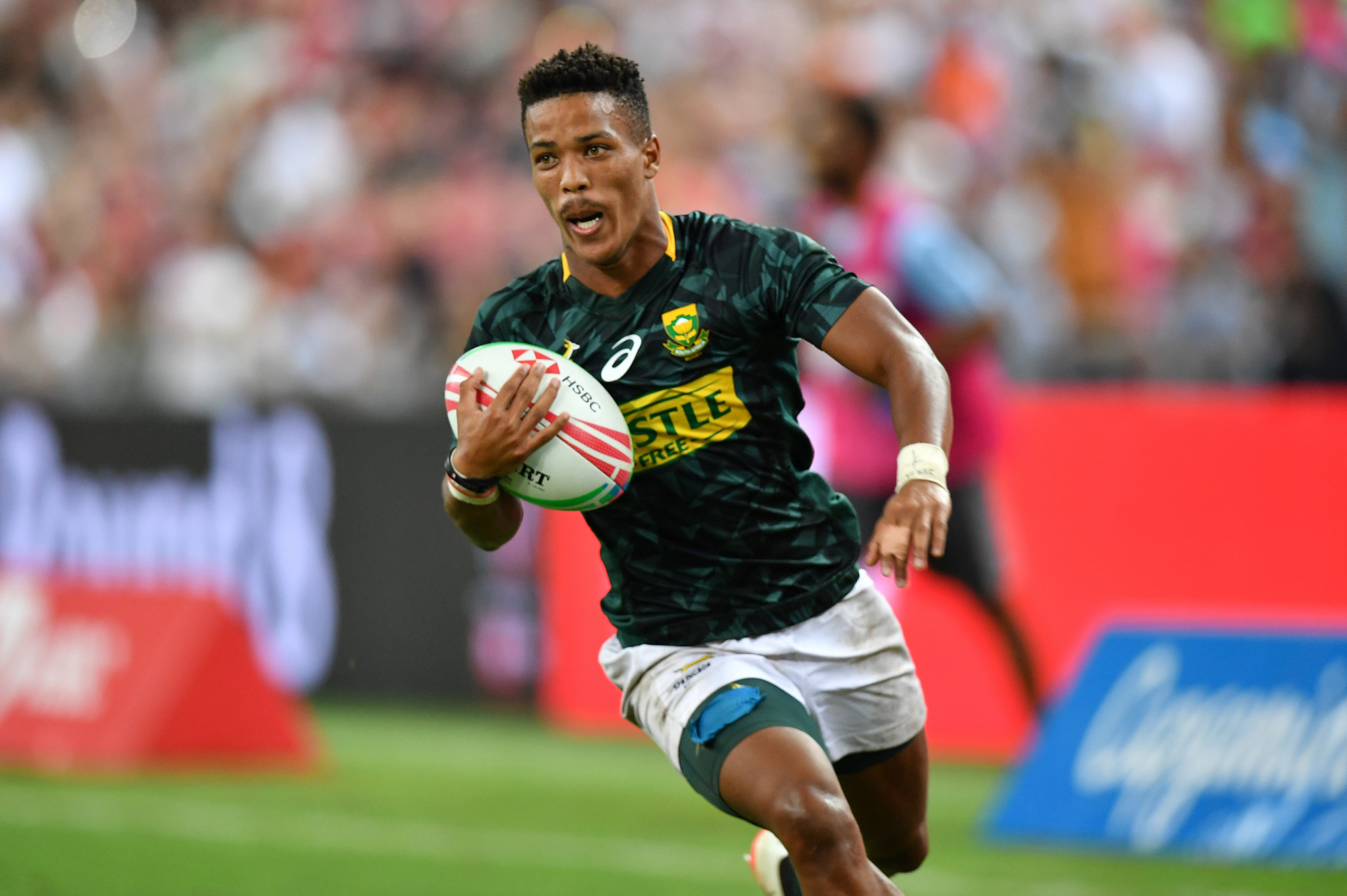 The tournament featured a host of notable absentees, including the 2019-2020 series champions New Zealand, Olympic champions Fiji and Australia due to COVID-19 travel restrictions.

The Blitzboks won in Vancouver in 2019, and proved the dominant team of this edition of the tournament, beating Kenya by a 38-5 scoreline - a record for a Series Cup final event in Canada.

Six tries helped South Africa on their way, and saw them set a record of 38 for the tournament, with Angelo Davids becoming the first player to score 10 tries at a series event since 2017.

South Africa built a 24-0 half-time lead in what was the first final between two teams from Africa since 2008, and continued their dominance in the second half to clinch the maximum 20 points for the season's standings.

"After a disappointing Olympic campaign, coming here we really tried to lick our wounds and put up a fight.

"I am so grateful we could come up with the victory.

"Hopefully, all Africans were proud today."

South Africa had beaten Spain 54-5 in the quarter-finals and Britain 26-12 in the semi-finals at BC Place earlier in the day, while Kenya overcame Pool C winners United States 19-14 and Ireland 38-5.

The encounter between the two finalists in Pool A had finished 33-14 to the Springboks.

Third place went to Britain as they beat an Ireland side missing some key players through injury 24-14, with the bronze medal earning them 16 points on the World Rugby Sevens Series standings.

The US beat hosts Canada 26-7 after a dominant second-half display to secure fifth, while Hong Kong came seventh in their first series tournament outside Asia for 14 years as they saw off Spain 19-7.

In the women's Fast Four competition held alongside the men's series event, Britain dominated throughout, and a hat-trick of tries from Jasmine Joyce helped them see off the US 34-12.

"It was so fun to be out there," said Joyce.

"Coming back here and playing sevens was phenomenal.

"The crowd was absolutely fantastic."

Britain secured an emphatic 43-0 victory against Mexico to reach the final, while the US defeated hosts Canada 22-12.

The Canadians were able to secure bronze, as they dispatched Mexico 48-0.

The next leg of the World Rugby Sevens Series will again be held in Canada next weekend at the Commonwealth Stadium in Edmonton, with a women's Fast Four tournament featuring the hosts, Britain, Mexico and the US again taking place at the same time.