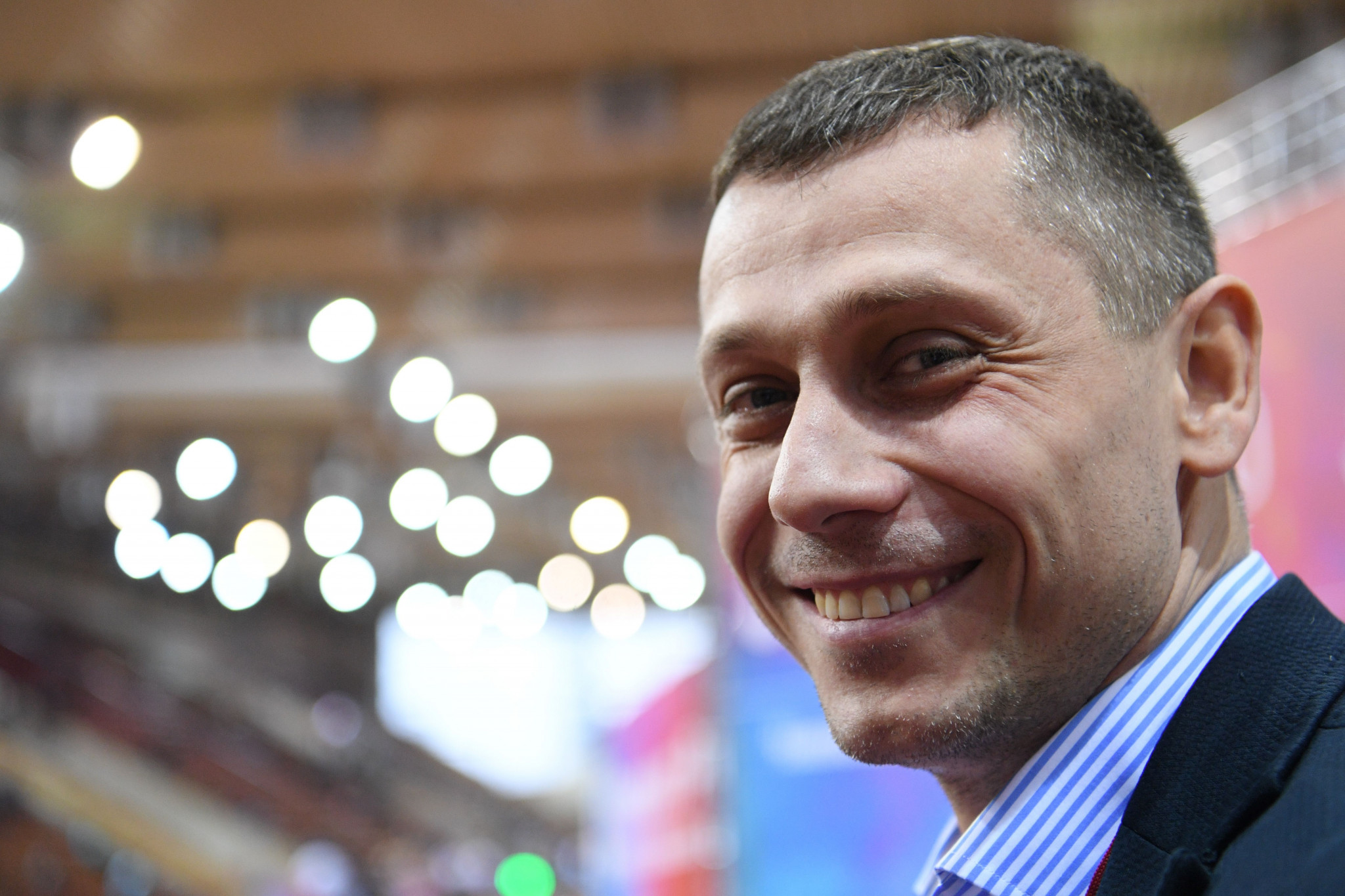 Yuri Borzakovsky will move to the position of Russian Athletics Federation (RusAF) sports director, effective from tomorrow, with acting President Irina Privalova taking over the head coach position on an interim basis.

As reported by the official Russian state news agency TASS, Borzakovsky's contract as head coach is set to expire, but he has accepted a role as the organisation's sports director.

"He decided to move to the position of sports director of the Federation, which will receive a significant boost after his arrival."

It was then reported that Privalova would take over as head coach while a replacement is sought.

"On October 1, I open a competition for the position of the head coach of the national team, later the criteria and timing of selection will appear on the RusAF website, a competition group will be created," the acting President said.

"Until a new head coach is selected, I will perform his duties."

He has also been a member of the Russian Olympic Committee's (ROC) Athletes' Commission since 2016, and from 2016 to 2019 served as RusAF's vice-president.

As head coach, Russia won gold medals courtesy of Sergey Shubenkov in the men's 110m hurdles and Maria Kuchina in the women's high jump at the Beijing 2015 World Championships.

The Sydney 2000 400m hurdles Olympic champion Privalova took over as acting President in February of this year, after Peter Ivanov was forced to leave the role after less than three months because of World Anti-Doping Agency sanctions.

Ivanov was appointed deputy head of the Federal Antimonopoly Service in Russia in January of this year, but under the terms of a Court of Arbitration for Sport (CAS) ruling Russian Government officials are prohibited from serving on sports bodies until December 2022.

It was confirmed that Ivanov would "temporarily" step aside as RusAF President, with a view to returning once sanctions expired.

The National Federation was suspended by World Athletics in November 2015 in relation to doping cover-ups.

The body was saved by a last-minute intervention by Russian Sports Minister Oleg Matytsin, who committed to paying the $6.31 million (£4.52 million/€5.28 million) owed.

Its reinstatement process is now underway.

In March this year, the World Athletics Council approved steps for reform under a RusAF reinstatement plan, and later that month agreed to reinstate the Authorised National Athlete (ANA) programme.

ANAs from Russia won one gold at the London 2017 World Championships and two at Doha 2019, while Maria Lasitskene triumphed in the women's high jump at the Tokyo 2020 Olympic Games as a "neutral" representing the ROC.

The RusAF was allowed to select 10 athletes with ANA status to compete in the Japanese capital under the ROC banner, with the Russian flag, emblems, symbols and national anthem all banned.

This 10-athlete limit also remains in place for all other top-level competitions until the end of the year.