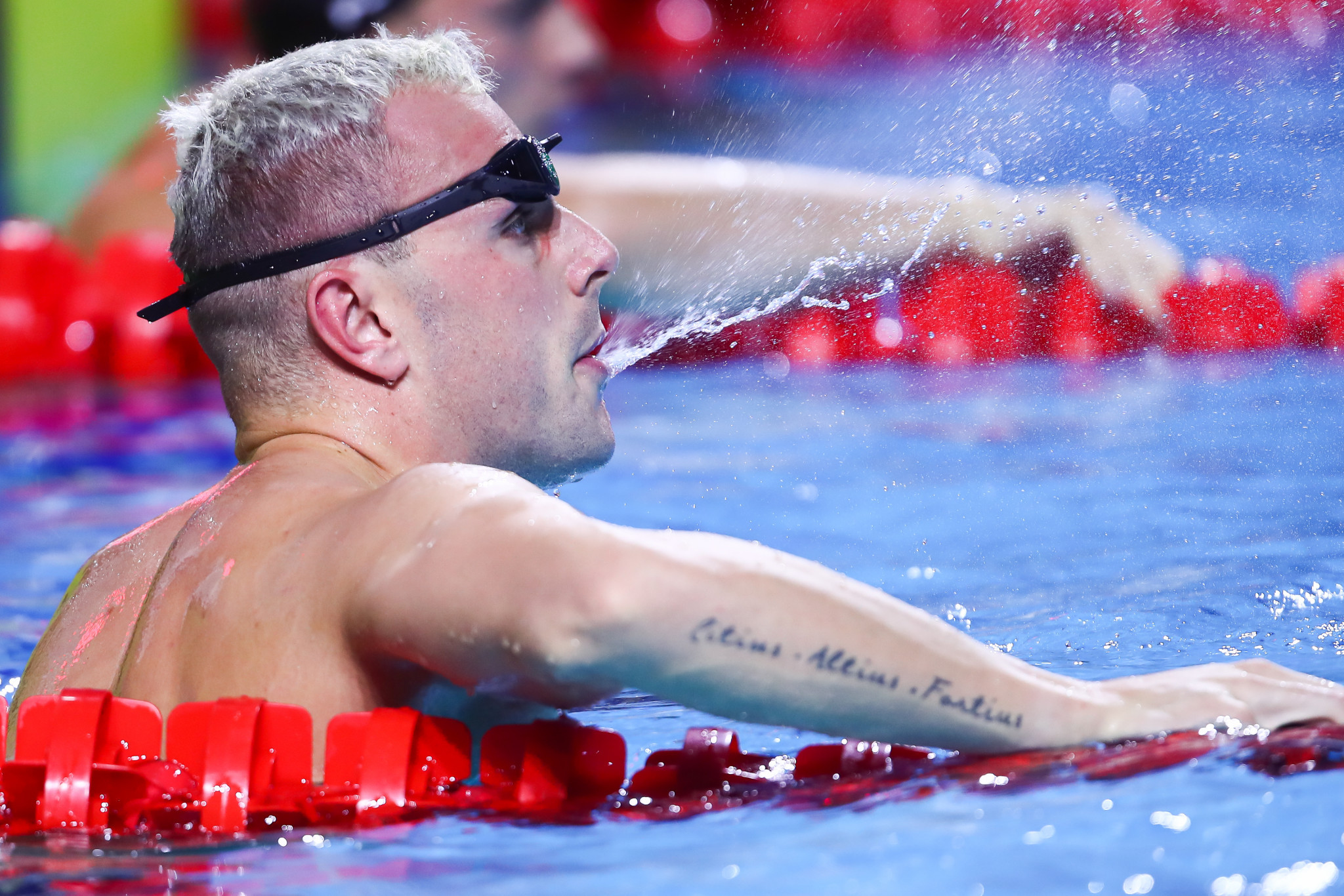 Morozov had not lost a 50m freestyle World Cup race in four years before Chalmers beat him in Berlin last Friday (October 1).

Chalmers followed that up with another victory over his rival in Budapest yesterday, setting a personal best of 20.97sec, before winning the 100m event today.

Chalmers was just 0.08sec behind world-record pace at the turn and eventually powered home in 45.50, just 0.04 off the Australian national record, with Morozov in second, three-quarters of a second down.

Chalmers' team-mate Madison Wilson, who ensured an Australia double in the men's and women's 50m alongside Chalmers, followed her strong outing yesterday with a comfortable win in the women's 200m.

Wilson finished in 1min 53.82sec to secure her second victory of the meet, with Slovenia’s Katja Fain and the United States' Erin Gemmell in second and third respectively.

The 18-year-old South African, who broke the junior world record in the event in Berlin last week, was less than half a second beyond the US' Ryan Lochte's world record after the butterfly leg.

Sates was unable to maintain that pace, but overhauled Danas Rapsys of Lithuania and Israeli Yakov Toumarkin on the closing freestyle leg to claim victory.

Other winners on the night included Australia's Emma McKeon in the women's 50m butterfly, Ilaria Cusinato of Italy in the women's 400m individual medley and The Netherlands' Kira Toussaint in the women's 100m backstroke.

Home hero Kristof Milak took the roof off in the 50m backstroke, coming within 0.08sec of the 23-second barrier, knocking almost 0.3sec off the Hungarian national record.

Germany's Florian Wellbrock, who won gold at the Tokyo 2020 Olympics in the men's 10 kilometres open water competition, dropped down to the 1500m in the pool and demolished the field in a time of 14:42.70.