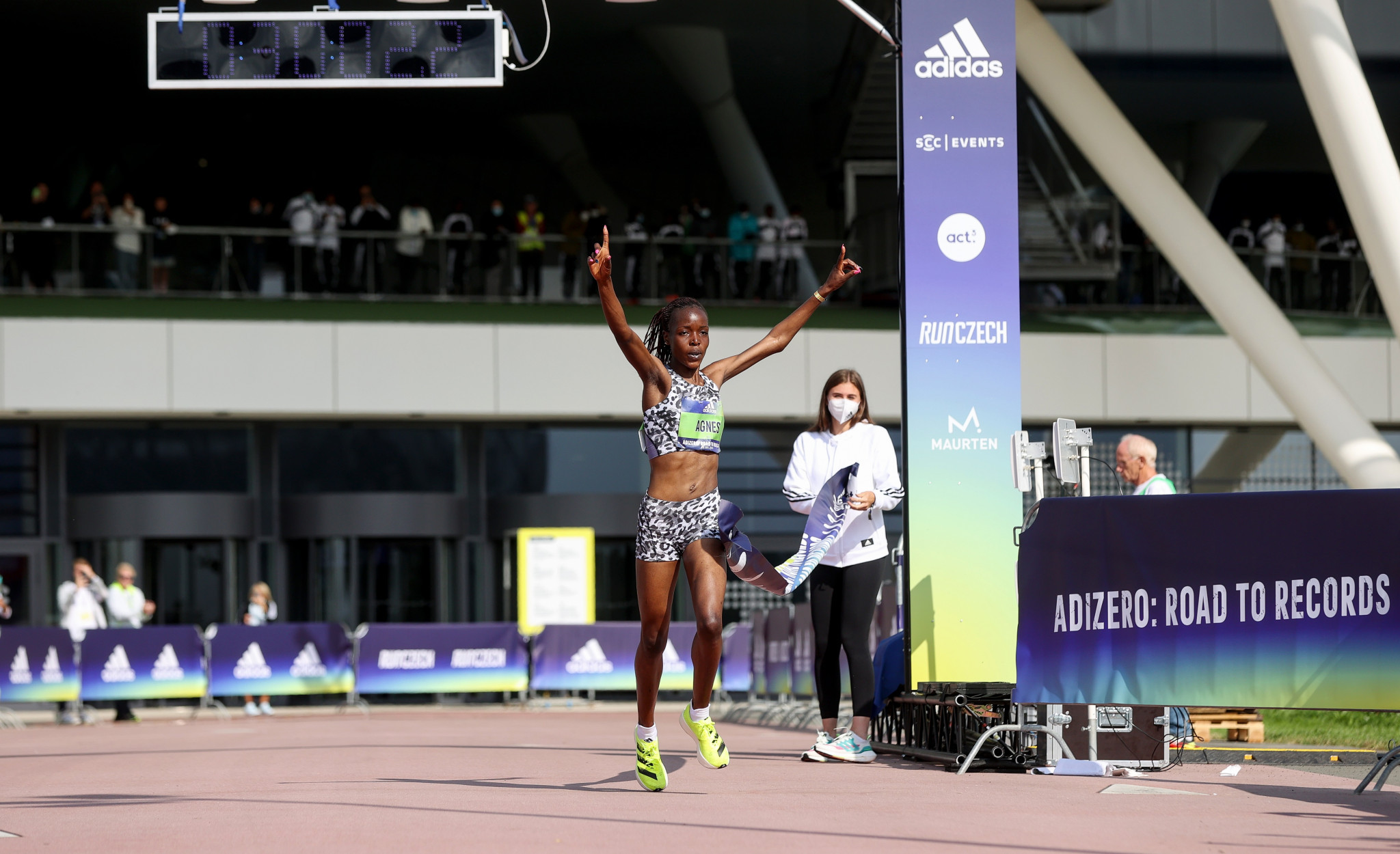 The husband of two-time world bronze medallist Agnes Tirop has been arrested in connection with the athlete’s death, Kenyan police have confirmed.

Tirop, who competed at this year’s Tokyo 2020 Olympics and broke the world 10 kilometres record last month, was found dead at her home in Iten on Wednesday (October 13).

The 26-year-old was discovered with stab wounds to her neck and stomach.

Her husband, Ibrahim Rotich, has now been detained at Changamwe Police Station in the coastal province of Mombasa and is expected to be charged with murder.

The Kenyan Directorate of Criminal Investigations (DCI) revealed on social media that Rotich had "rammed his getaway vehicle into a lorry" after trying to flee to a neighbouring country to "evade justice".

"The suspect is currently being grilled by detectives at Changamwe police station, for more details into the murder, before being arraigned to answer to murder charges," DCI Kenya posted on Twitter.

The National Police Service Kenya that two other men had also been arrested in connection with Tirop’s death.

country to evade justice. Rotich is believed to have killed the two-time World Athletics championships bronze medallist,by stabbing her before going into hiding. Tirop’s lifeless body was found lying on her bed Wednesday morning in Iten, with visible stab wounds on her abdomen. pic.twitter.com/qTY1Z9QBPW

"The suspect, one Ibrahim Kipkemoi Rotich, who has been on the run with police on hot trail, was nabbed in Mombasa by diligent police detectives who were trailing him and is currently held at Changamwe Police Station awaiting transfer to Iten where he’s expected to face prosecution.

"He was arrested together with Silas Chilla Chellile and are both helping the police with investigations.

"John Kipkoech Samoe was earlier arrested for complicity in the murder and already arraigned in court for custodial sentence.

"Swift and agile coordinated action by police ensured justice for all."

before being arraigned to answer to murder charges. #FichuaKwaDCI 0800722203

Keiyo North police commander Tom Makori revealed investigators "found Tirop on the bed," with "a pool of blood on the floor".

She came agonisingly close to adding an Olympic medal to her resume as she finished fourth in the 5,000m at Tokyo 2020.

International Olympic Committee President Thomas Bach and World Athletics President Sebastian Coe are among a number of leading figures who have paid tribute to Tirop.