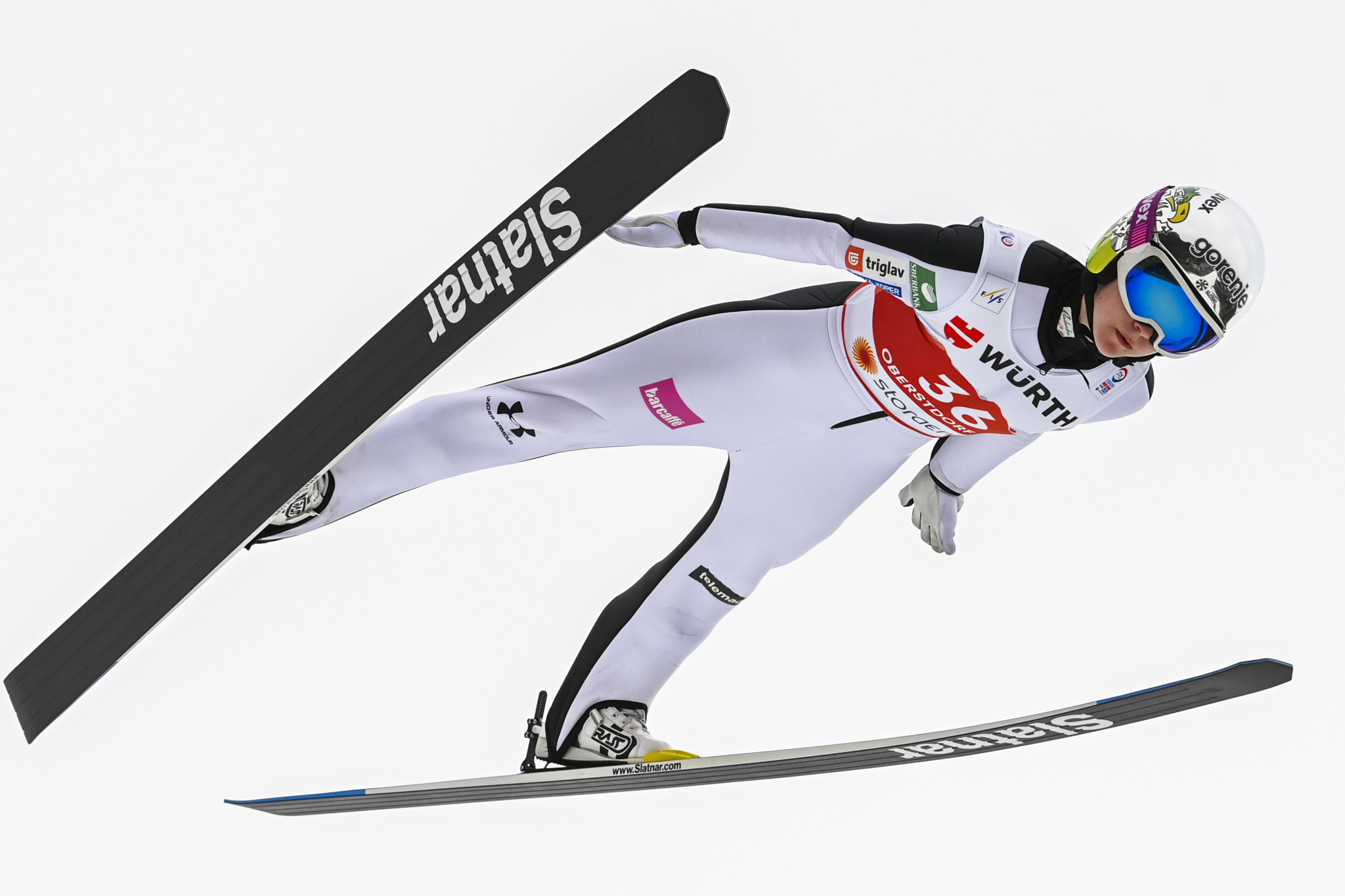 Ema Klinec claimed her maiden Ski Jumping World Cup victory on the opening weekend of the season, leading a Slovenian one-two in the Russian city of Nizhny Tagil to move top of the overall standings.

With a score of 235.1 points, after jumps of 92.0 and 97.0 metres, Klinec finished in front of Urša Bogataj, who had her best result to date in second place.

Despite not having won on the World Cup circuit before, Klinec is the reigning world champion on the normal hill.

This competition was held on Nizhny Tagil's normal hill.

Bogataj was distant from her team mate with 227.0 points, just ahead of Germany's Katharina Althaus who took the bronze with 225.9 - her first individual podium in nearly two years.

Austrian Marita Kramer's run of five straight wins came to an end, having being unable to replicate the dominant form of yesterday's win.

She claimed the gold by finishing a staggering 41.7 points ahead of Klinec yesterday, the biggest winning margin in the history of the women's Ski Jumping World Cup.

Kramer could only finish fourth on 222.1, with a large gap back to Japan's Sara Takanashi who scored 204.1 points in fifth.

Klinec leads Kramer by 30 points in the season standings, followed by Bogataj and Althaus as only four riders have 100 points or more.

The next World Cup events are scheduled to take place in the Norwegian town Lillehammer on December 4 and 5.