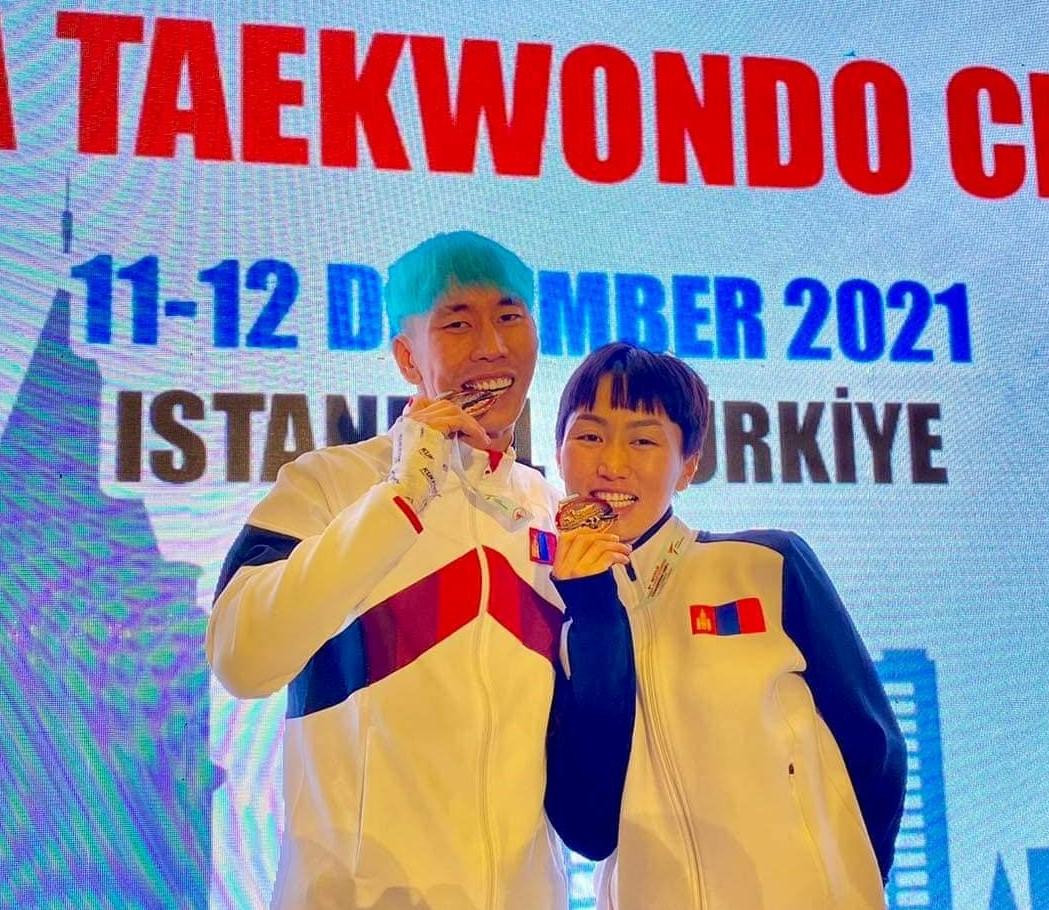 Mongolia's medal-winning duo Bolor-Erdene Ganbat and Enkhtuya Khurelbaatar have been feted on their return to the country after the World Para Taekwondo Championships in Istanbul.

The pair received a hero's welcome at the airport, including a guard of honour from fellow taekwondo players and being given flowers.

Family and friends also turned out to greet the Mongolian team.

As well as the airport welcome, Ganbat and Khurelbaatar were also invited to meet Minister of Defence Gürsediin Saikhanbayar.

Ganbat won a fifth consecutive world title in the men's under-61 kilograms K44 division in Turkey, bouncing back from his shock elimination at Tokyo 2020, when taekwondo made its Paralympic debut.

Brazil's Paralympic champion Nathan Torquato was among those Ganbat beat en route to the gold medal.

It is Khurelbaatar's third straight medal at the World Para Taekwondo Championships, and she now has one of each colour.