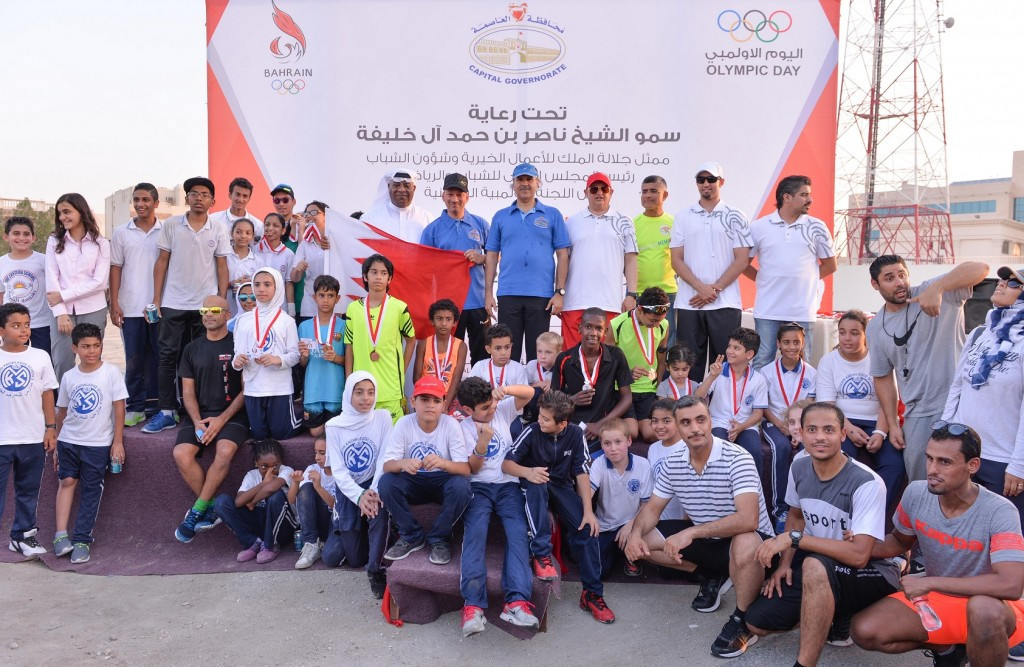 Hosted by the Capital Governorate, one of the four governorates of Bahrain that covers Manama, the men’s over-15s race was held over a distance of three kilometres and took place near Fatima Kanoo Mosque in Tubli.

Joda put on a superb performance to win his second race of the two-week Olympic Day activities after finishing first in the previous one organised by the Northern Governorate.

He was followed across the line by runner-up Sami Mohammed and third-place finisher Yousef Sulaibeikh.

Further races were held in the six to eight, nine to 11, and 12 to 14 age categories with hundreds of athletes competing in all.

They were followed by an awarding ceremony as Askar and Shaikh Hisham honoured the top three runners in each.

Askar spoke of his gratitude for Al Khalaf International, agents of Bahraini malt drink Fayrouz, for being the official sponsors of the 2016 Olympic Day.

This two-week event will now take a two-day break before action continues on Saturday (May 21) with the third running race, to be organised in cooperation with the Southern Governorate.