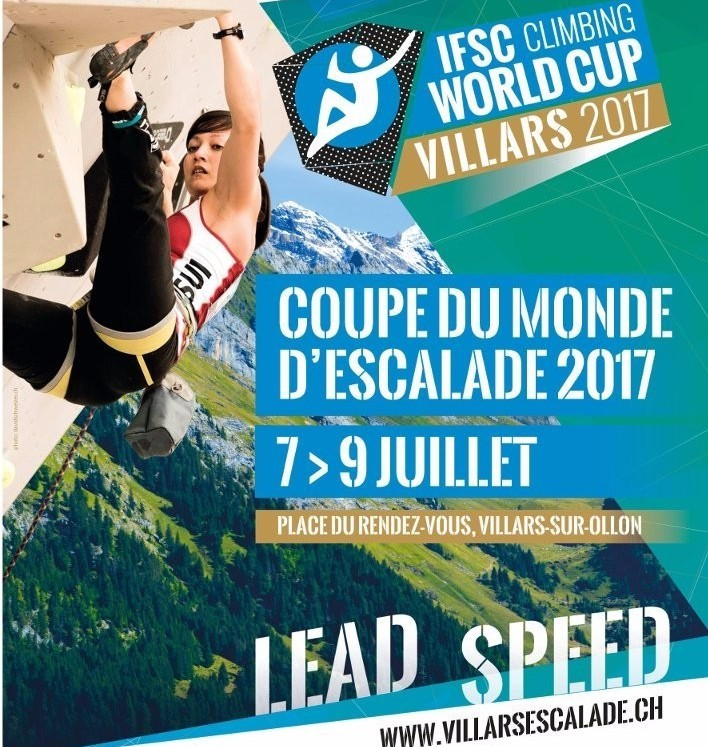 Villars is poised to host the latest International Federation of Sport Climbing (IFSC) World Cup competition, with lead and speed events due to take place.

Competition is set to begin tomorrow in the Swiss village with speed finals and lead qualification set to be the focus of attention.

Eight of the top 10 ranked women’s climbers in lead will be competing in the event, along with seven of the best male athletes.

Slovenia’s Janja Garnbret and Domen Škofic, winners of world titles in 2016, are among those anticipated to start.

Speed competitions are also set to take place, with Russia expected to dominate the men’s and women’s events.

Their main hope will be Iuliia Kaplina, undefeated so far in 2017.

She broke her own world record on two occasions in April and will be hoping for a similar result in Switzerland.

Her team-mate Mariia Krasavina will hope to challenge during the weekend’s racing.

Stanislav Kokorin and Aleksandr Shikov will be among the hopefuls in the men’s speed event, but the pair will have to overhaul Vladislav Deulin.

Speed finals are due to take place tomorrow, while lead qualifications will also be held.

Men’s and women’s lead finals are scheduled to bring the World Cup to a close on Saturday (July 8).