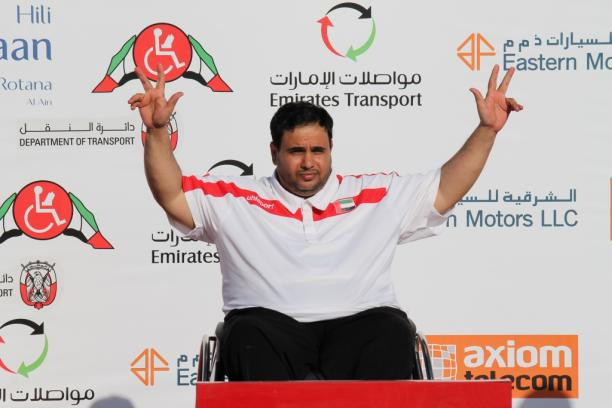 The Rio 2016 Paralympic silver medallist, who set a world record in Bangkok last November, shot a score of 457.9 after his nine attempts to ensure he came out on top on home soil.

China's Dong Chao scored 450.2 in his nine shots to clinch silver at the Al Ain Equestrian, Shooting and Golf Club.

South Korea's Shim Youngjip claimed bronze thanks to a score of 440.0 after his eight shots.

Tirsek achieved a final total of 254.3 from his nine attempts, giving him a grand total score of 639.0.

Olympic champion Vasyl Kovalchuk from Ukraine pushed Tirsek close but had to settle for silver with final and grand total scores of 253.3 and 636.0 respectively.

Great Britain’s Ryan Cockbill clinched bronze with final and grand totals of 232.1 and 634.0.