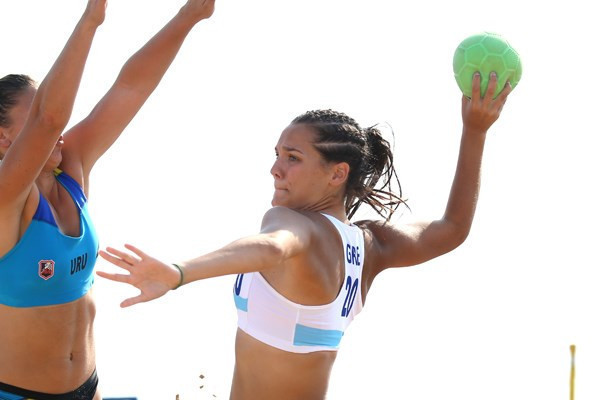 The Beach Handball World Championships in Russia produced two new champions today as the 2016 men's champions Croatia were beaten by Brazil, while Greece, who had knocked out women’s champions Spain on a shoot-out in the semi-finals, followed through to take gold against Norway in what was their first appearance in this event.

Greece may have been making their debut in these Championships, but they moved through their group and knock-out games which huge verve in this International Handball Federation event at the Kazan Beach Sport Complex.

Having finished second in their group behind Spain following a 2-1 defeat, they reversed that scoreline in the semi-final and today overcame Norway 2-1, coming through another shoot-out, by 5-2, having won the first set 18-14 but losing the second 15-24.

"It's really amazing, we don't believe it yet," said Greece's Ntafina Dimitri.

"I am so excited - we were one of the biggest outsiders in this World Championships but we believed so much in ourselves.

"We worked alone with our training for the last five years and I think it's amazing.

"So many people at that time in Greece were asking me 'what is this beach handball?'

"We just hope that everyone in Greece knows what beach handball is now."

"We took first place in the world?

The men's final replicated the line-up in 2016, and Croatia reached it with a perfect record of eight wins, but Brazil had all the big-time experience they needed, having won this title four times before, including in 2010, 2012 and 2014.

Spain consoled themselves with bronze in the women’s tournament, beating Brazil 2-0, while in the men’s event third place was secured by Hungary, who beat Sweden 2-0.