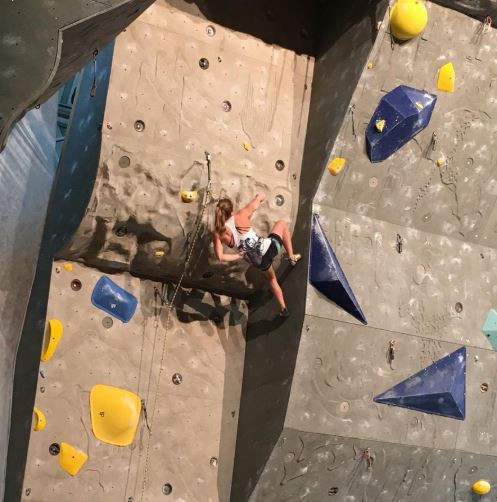 One place ahead of her was the 21-year-old Austrian who beat her to the world lead title earlier this month in her native city of Innsbruck, Jessica Pilz, with South Korea's 30-year-old Jain Kim dominating the semi-finals - and also topping the morning's qualifying competition.

The hugely experienced and methodical Kim, who won the world lead title in 2014, was the only woman to top the route in the semi-final of this traditional International Federation of Sport Climbing (IFSC) event.

While Garnbret thrived in front of her home fans - despite a few moments of obvious frustration in her semi-final - her compatriot Domen Skofic, the 2016 World Cup lead champion, failed to make the final eight in the men's competition, finishing 12th.

Austria's Jakob Schubert, who won the world lead and combined titles earlier this month, qualified best in the semi-final, ahead of his big rival Stefano Ghisolfi of Italy and the hugely successful Sean McColl of Canada.

Three Japanese climbers also made the final - Masahiro Higuchi, Yuki Hada and Kokoro Fujii - but there was no place for their 19-year-old compatriot Kai Harada, the world bouldering champion, who finished 10th.