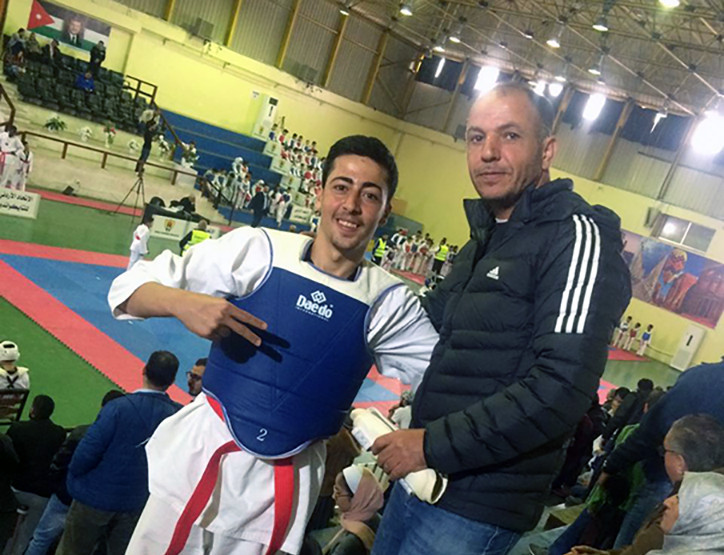 The Taekwondo Humanitarian Foundation (THF) has celebrated the third student from the Azraq refugee camp who has become a black belt.

Seventeen-year-old Abed Al Karim Ehsan Khalil achieved the honour after training at the THF Academy at the camp in Jordan.

He follows Wael Al Farraj and Yayha Al-Ghoutani as black belts to come through the THF system.

The teenager made the grade after passing a test at the Rashed Bin El-Hassan venue in Amman.

"I was talking with a friend about taekwondo based on a Korean show that we watched earlier in the camp," said Khalil.

"After a while taekwondo classes were held in the camp through World Taekwondo and the Care Organisation.

"My friend Wael and I were some of the first people who registered.

"Taekwondo has influenced me positively especially with my time management skills, also taekwondo always makes me feel better and enriches my sport spirit and morals."

Azraq is home to refugees who have fled the conflict in neighbouring Syria.

As well as Jordan, projects are up and running in countries including Turkey, Rwanda, Djibouti, Burundi and Nepal.